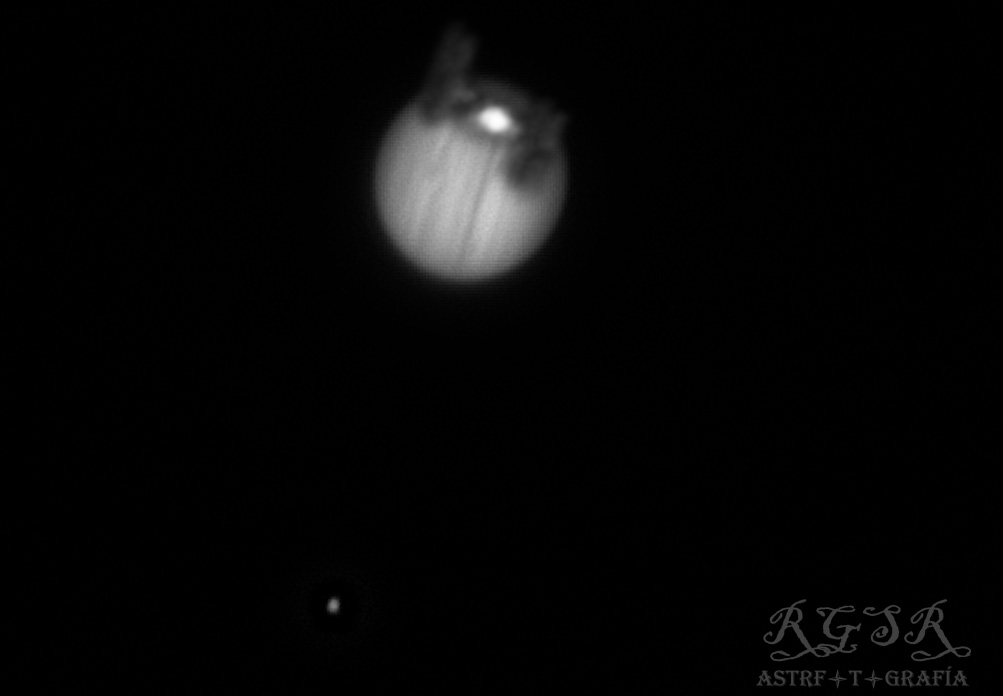 On January 15th, 2022, I was talking to a friend in Cozumel who works at the Planetarium. She mentioned that the ISS was going to be near Jupiter that night, and I quickly grabbed my phone and used Ed Morana's ISS Transit Prediction app (You can find it here: https://play.google.com/store/apps/deta ... l=en≷=US And noticed that I was so lucky!! Soooo lucky that the transit was happening in 4 hours, just 10 minutes from my home driving, in a very accessible road!! The weather was not too promising, however. One of the weather apps said 40% cloudy at the time of the transit, others said less than 10%. But I got everything ready: laptop, ZWO camera, telescope, mount, etc and drove there, arriving at around 6:30PM. The transit would happen at exactly 7:08:15 PM (GMT-5), and would last only a fraction of a second! But I was ready! I had read a previous APOD (https://apod.nasa.gov/apod/ap200923.html) had used 0.35ms timing for every frame, and so I used those same settings!! Here was the location of the transit: Transit Location This image is the raw, unedited frame from which I placed the ISS back in its position on Jupiter: Raw Frame of the ISS Transiting Jupiter This image has more of the original, unedited, raw frames: ISS Crossing Jupiter Firmada ISS Crossing Jupiter Firmada by Rene Saade, on Flickr And this image is the stacked frames of Jupiter (in which we get to see Io) and the ISS, combined: 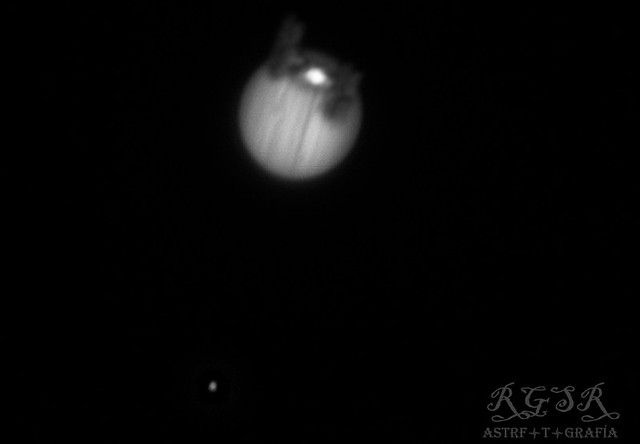 ISS Transiting Jupiter Stacked Frames by Rene Saade, on Flickr The really neat thing is that the stacked frames show the Great Red Spot!! I was also lucky that the ISS transit happened at a time when the Great Red Spot was visible to us on Earth! The raw frames are 0.35ms, gain 350, ZWO ASI290MM, no filters, on a CEM25P mount. 7:08:15PM (GMT-5), Cozumel, Quintana Roo, Mexico. And finally: here is the video of all of the frames! View: https://www.youtube.com/watch?v=RyAhxAMv8JI