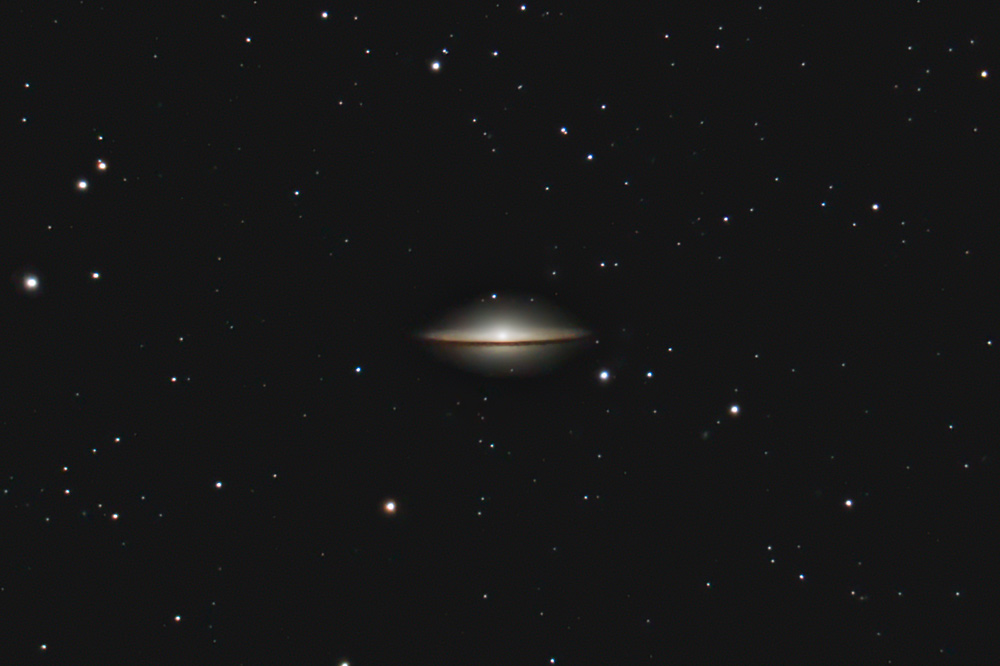 M104 is a nearly edge-on spiral galaxy in the constellation Virgo. It is called the Sombrero Galaxy because of it's dark lane and unusual central bulge. This image is a little more than 2.5 hours total integration time. Due to M104's location (low in the SE to SSE), we had to start off with shorter exposures and increase as the night progressed. This image was acquired on April 3, 2009. The temperature was about 50° F.