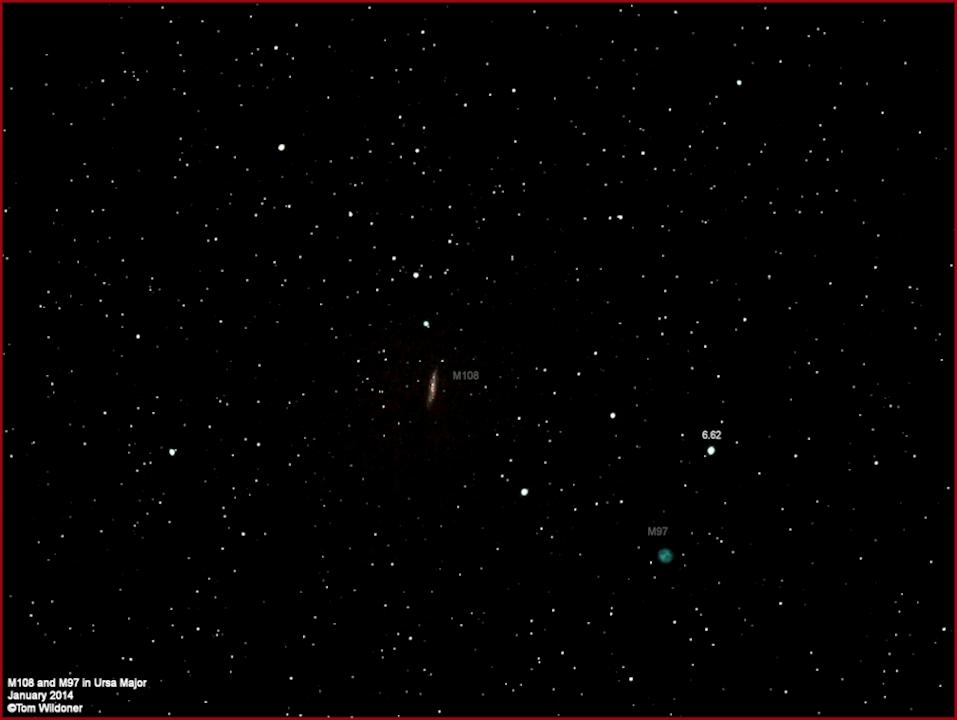 PHOTO DETAILS: photographed on January 3, 2014 and includes 14 x 60 second exposures and 5 x 90 second exposures (total 21.5 minutes). A Canon T4i and Canon EF400mm f/5.6L USM lens at ISO 800 were used. The camera was mounted on a ZEQ25GT mount from iOptron. Photo's were stacked in ImagesPlus and final editing done in Corel PaintshopPro X6 and X5.

Messier 108 (also known as NGC 3556) is a barred spiral galaxy in the constellation Ursa Major. From the perspective of the Earth, this galaxy is seen almost edge-on. This galaxy is a member of the Ursa Major Cluster of galaxies in the Virgo supercluster. Messier 97 (also known as NGC 3587) ~ The Owl Nebula is a planetary nebula located some 2,030 light years away in the constellation Ursa Major. Brightest star in this field of view is magnitude 6.62 (HIP54765).