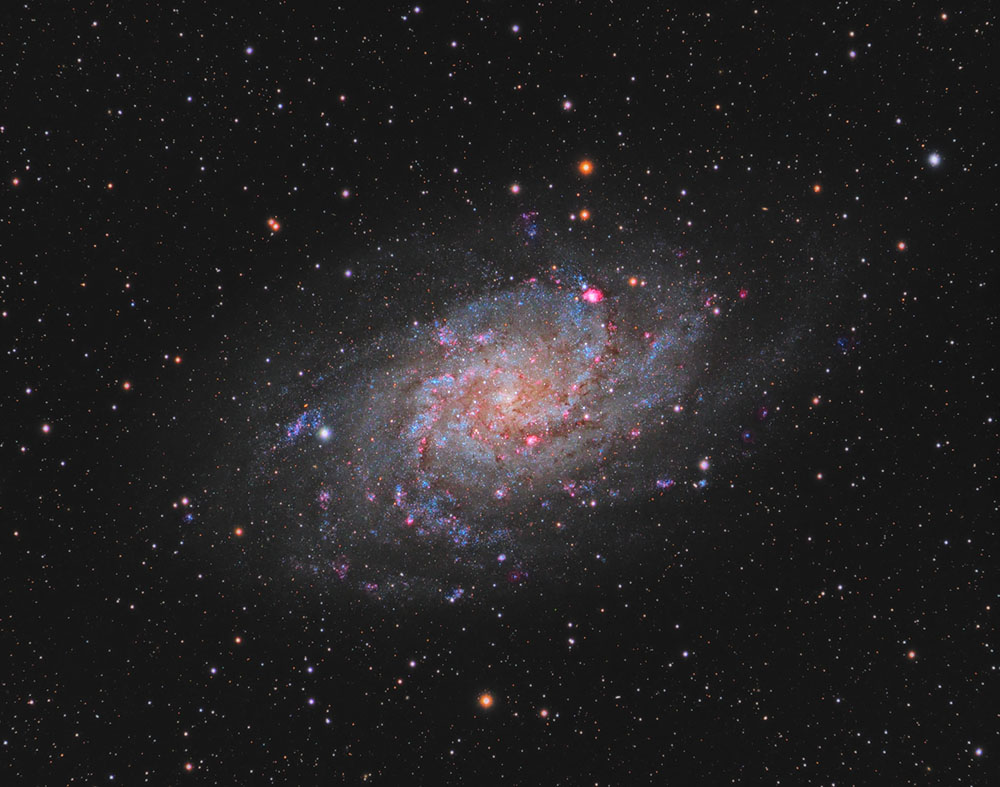 The Triangulum Galaxy is a spiral galaxy located on the night sky in the constellation Triangulum. It was probably discovered in the 17th century by astronomer Giovanni Battista Hodiern, describing it as a cloud-like nebulosity. The Triangulum galaxy is one of the most distant objects in the night sky that under very good seeing conditions can be spotted with the naked eye. It is the 3rd largest member of the local group of galaxies (after the Andromeda galaxy and our own Milky Way) with a size of aproximately 60.000 lyght years and housing some 40 billion stars. Lying at about 3 milion light years from our own galaxy, the Triangulum galaxy is thought to be a satellite of the Andromeda galaxy due their interactions and proximity to one another. In 2004, astronomers found evidence of some hydrogen gas structures linking the two galaxies, then 1 year later, they were able to estimate the motion of the Triangulum galaxy and concluded that it is moving towards the Andromeda galaxy.