M45, The Pleiades - Nymphs in the night sky 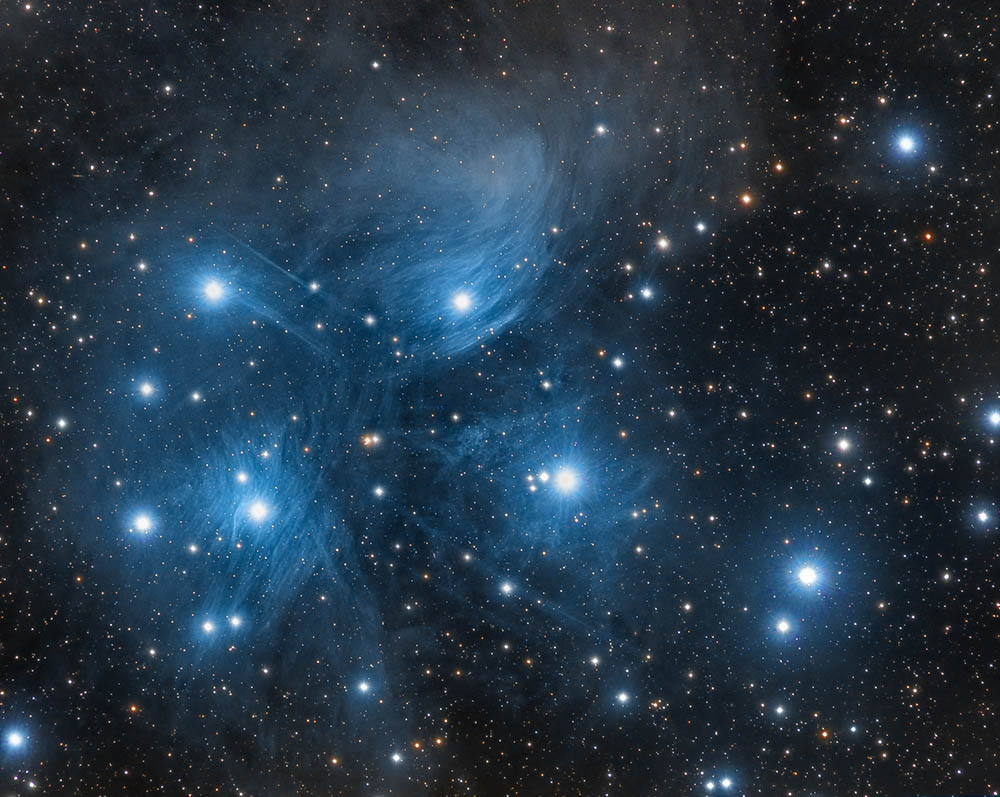 The Pleiades (also known as the Seven Sisters) is an open star cluster in the constellation of Taurus and is the most visible cluster to the naked eye in the night sky. Located at about 400 light years from Earth is one of the nearest star cluster. Being so close to Earth, the distance to the cluster can be measured with a high degree of accuracy (in astronomical terms) and so it is used to calibrate the cosmic distance ladder (one method used by astronomers to determine the distance between celestial objects). The name of the cluster is said to come from Greek mythology, representing the seven nymph companions of Artemis, the daughters of the titan Atlas with the sea-nymph Pleione. In reality, most likely the name of the star cluster came first and the mythological part came later to explain it. This composition was shot through the course of two nights, cumulating a total integration time of ~10.5 hours. It's an LRGB composition shot through my usual equipment and processed in PixInsight (the processing part was a real pain because during the acquisition nights the sky had a light haze that generated some halos around the stars).