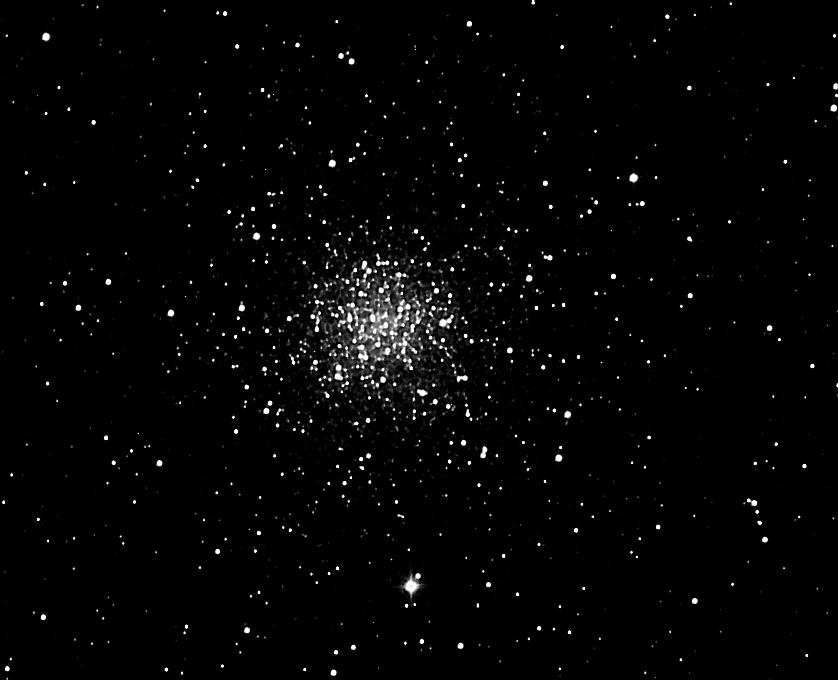 Messier 56 (also known as M56) is a globular cluster in the constellation Lyra, discovered by Charles Messier on January 19, 1779. The brightest stars in this cluster are so faint (magnitude 13) that a large aperture telescope is needed. M56 is about 32,900 light-years from Earth and measures roughly 84 light-years across, with a combined mass some 230,000 times that of the Sun. M56 has an estimated age of 13.7 billion years and is following a retrograde orbit through the Milky Way. The relative velocity of the cluster is about 177 km per sec, which is sufficient to heat the medium in its wake to a temperature of 940,000 K.