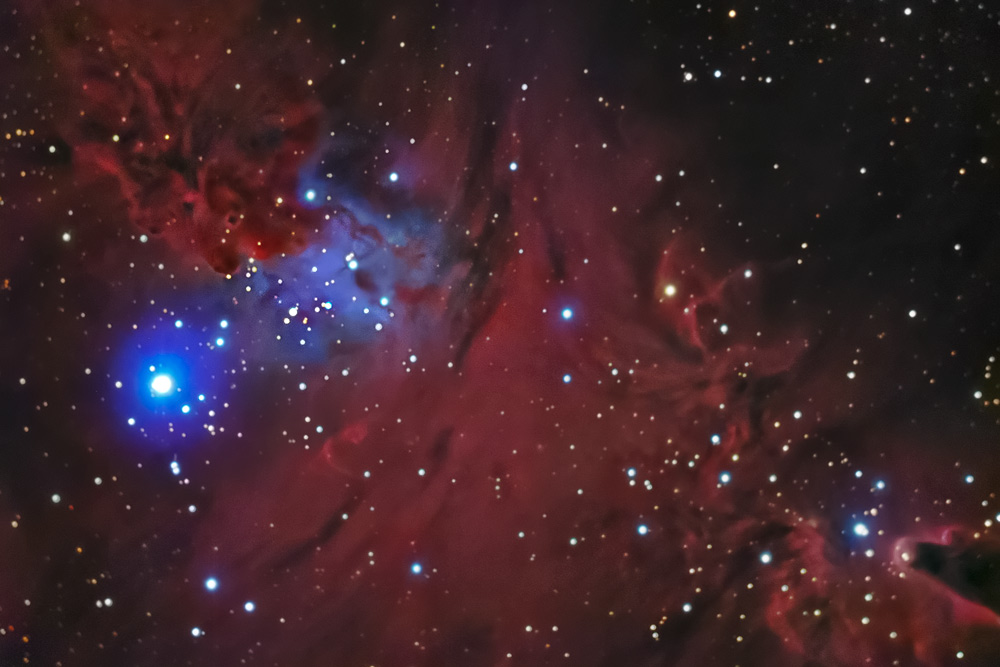 NGC 2264 describes several objects in the constellation Monoceros lying about 2,700 light-years from Earth. One is the Christmas Tree star cluster, here lying on its side with the blazing bright blue star S Monocerotis marking its trunk at center left. There is a diffuse red nebula caused by H-alpha emissions from hydrogen gas stimulated by ultraviolet radiation emitted by S Monocertis and the cluster's other blue stars. There are two special star forming regions in the red nebula. At lower right, off the tip of the Christmas Tree, is the Cone Nebula, named for its apparent shape sculpted by fierce stellar winds emitted from the stars. It is a dark molecular cloud within which other new stars are forming. Numerous other sculpted swirls of nebulosity are nearby. At upper left is the Fox Fur Nebula, Sharpless 273, named for the rich textured appearance sculpted by stellar winds in that region. In contrast, the blue nebula is a reflection nebula caused by scattered blue light reflecting off residual dust in a region where stars have already formed.