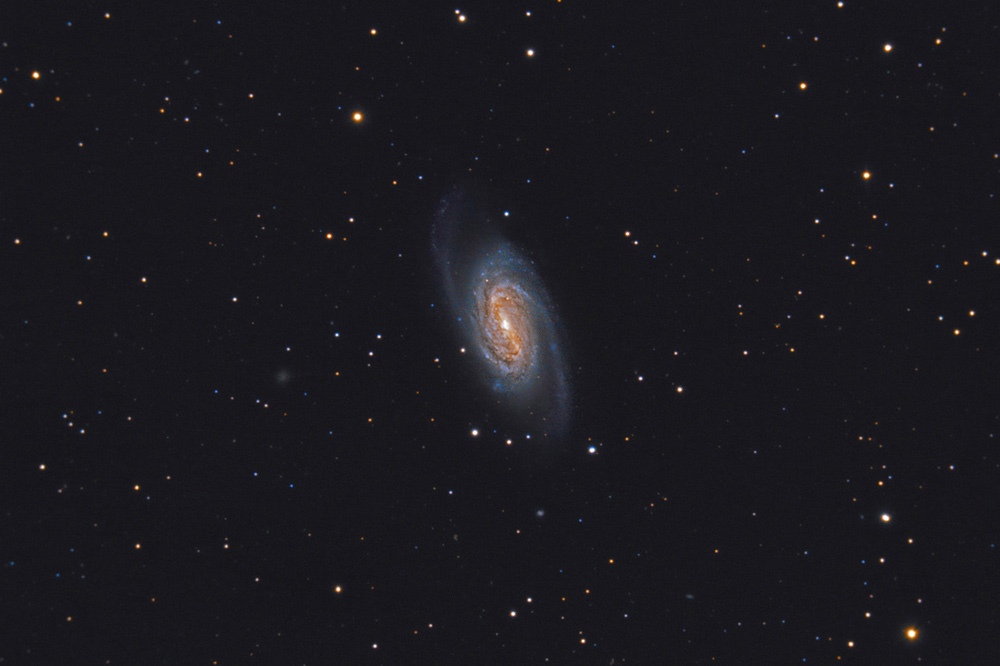 NGC 2903 in Leo, Canon 350D, 69x180sec at iso 1600,30 Darks/Flats/Bias, Celestron 9.25 reduced 0.63, 60% Crop. NGC 2903 is a barred spiral galaxy about 20.5 million light years away in the constellation Leo. It was discovered by William Herschel who cataloged it as on November 16, 1784. NGC 2905 is a bright star cloud within this galaxy. The bright yellow center of NGC 2903 is undergoing very active star formation and contains massive amounts of dust and gas that are coagulating into stars and new globular clusters, while the arms are composed of older stars and aging clusters. It is believed that the gravity of the dense central bar expedites star formation in the core. The core resembles a Seyfert galaxy, but at a lower magnitude. This galaxy is just smaller than the Milky Way at about 100,000 light years across. One of the brighter galaxies in the northern hemisphere, most agree that it is remarkable that Messier missed this object in his observations.