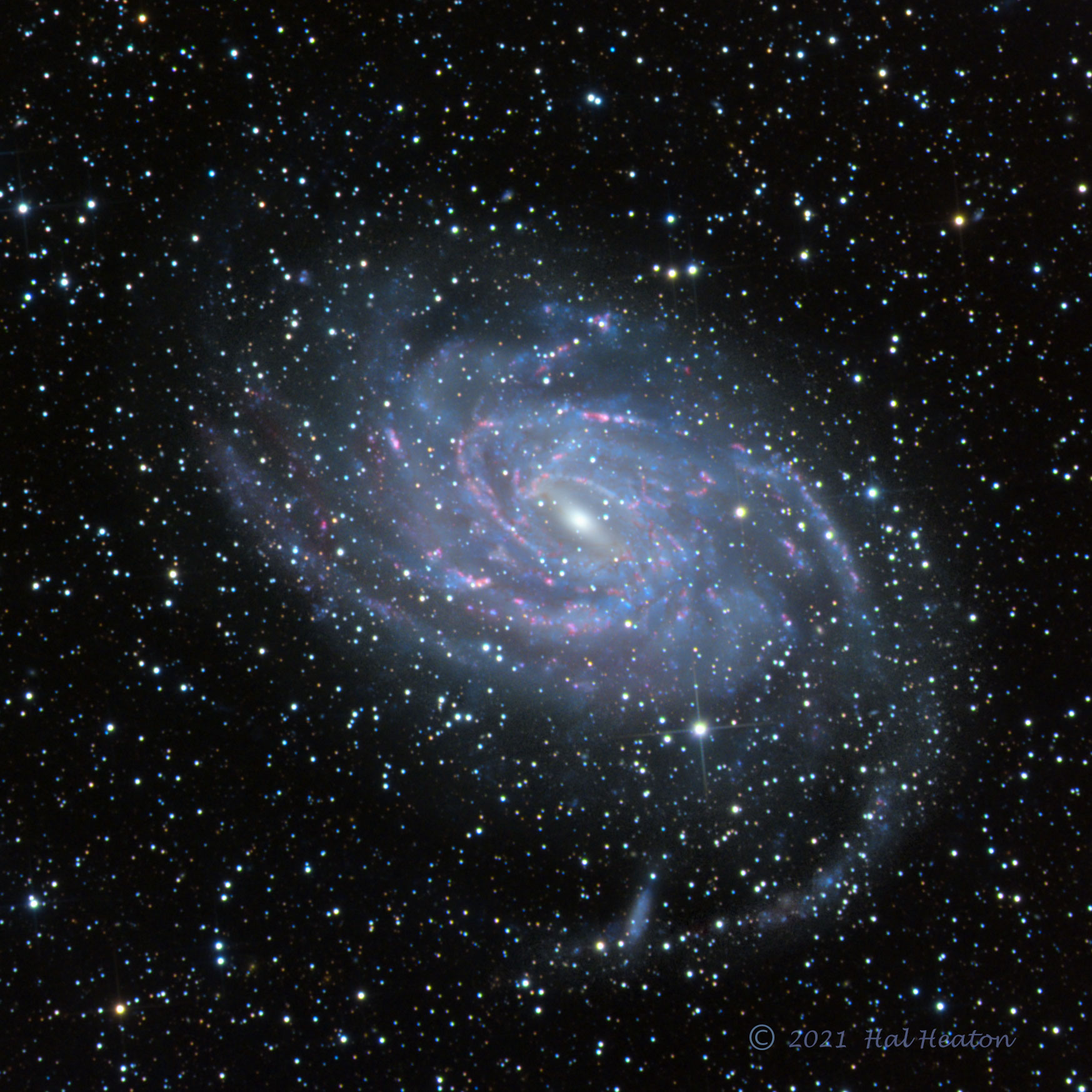 Inclined by 53.5 deg to the line-of-sight, the barred spiral galaxy NGC 6744 lies at a distance of about 30 million light years in the southern constellation of Pavo (the Peacock). The bright nucleus of its’ 175,000 light year diameter disk hosts a central black hole, whose total luminosity in the radio spectrum is estimated to exceed that of our Galaxy’s supermassive black hole by an order of magnitude. Reminiscent of the Milky Way’s Large Magellanic Cloud, a small satellite galaxy (NGC 6744A) can be seen at the bottom of the image along the line-of-sight toward the end of the outermost spiral arm. This image was made by stacking individual exposures taken through red, green, blue and H-alpha filters for 65, 60, 85, and 55-mins, respectively, using CCDStack software. The resultant mean band images were processed to color subsequently using Photoshop CC. After cropping the result to 28.2 arcmin on each side, the frame was rotated clockwise by 40-deg from its original E up and N right configuration.