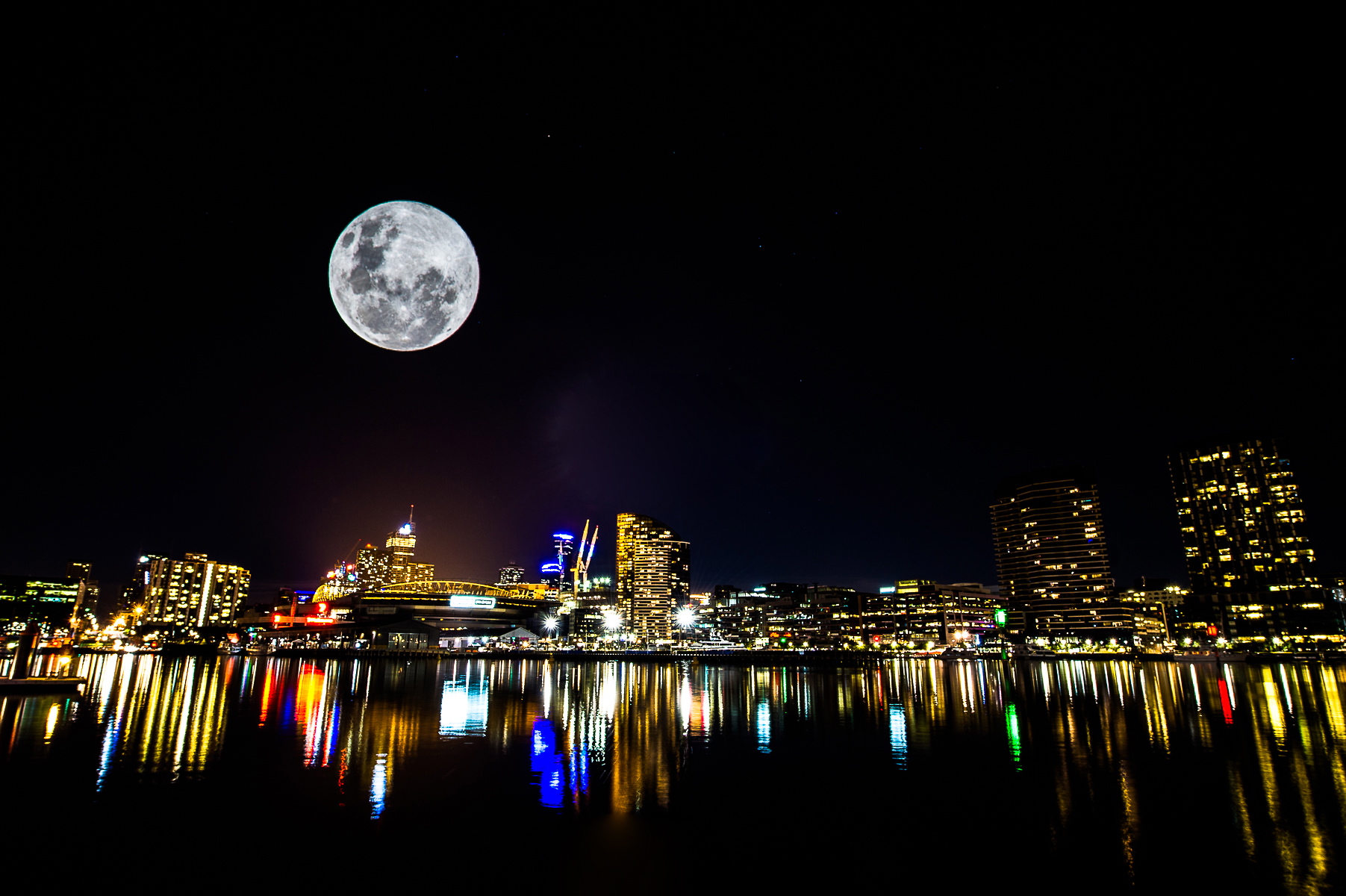 I used a Nikon D3s camera and did a double exposure photographic technique to capture this image. The first image was captured of the city background with a 19mm Nikon lens at f10, 13 seconds and then seconds later, after changing the camera's lens to a 400 mm lens I captured the moon at f18 at 1/125 of a second in the same frame.

Melbourne city was one of the few cities in Australia that presented good weather conditions to capture the perigee moon this evening. I used a double exposure technique to create this photo of the perigee moon.