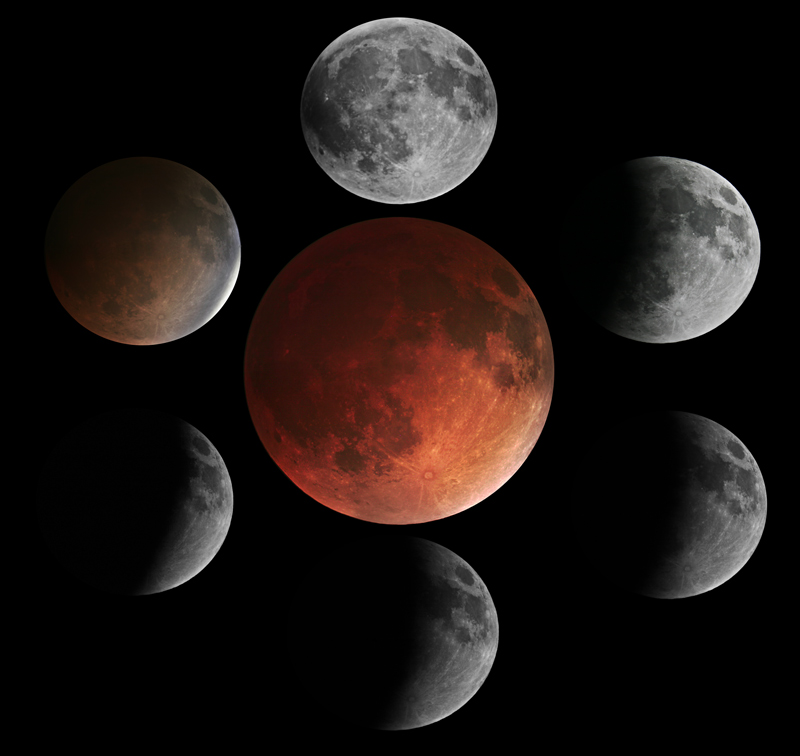 This sequence shows the progression of the lunar eclipse beginning with the full moon entirely in the penumbral phase of the eclipse at the top, through the partial umbral phases, and has the totally eclipsed moon in the center. It was actually essentially overcast with a thin layer of clouds in Portland during the lunar eclipse. Fortunately, the clouds were thin enough to permit the moon to shine through and this sequence was actually shot through the layer of clouds. The clouds became increasingly thick becoming overcast at the beginning of totality. I was lucky to be able to get any image of moon fully within the umbra and I was unable to get any partial images during egress of the moon from the umbra.