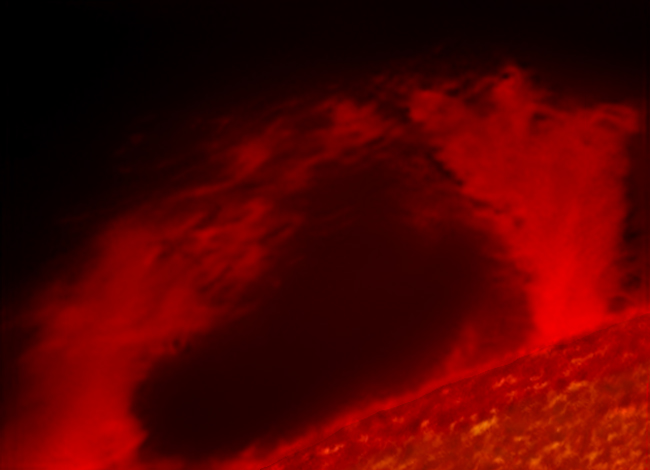 A large solar prominence on the near side of the solar limb, left, is seen projecting into space and exchanging filaments and clouds of plasma with a large prominence beyond the solar limb, seen somewhat more face on, right. Together, they form an enormously large arch. Over time, several filaments and clouds of plasma could be seen passing from one prominence to the other along the arch and I was able to make a frame by frame animation of that from several video clips. Although hydrogen alpha solar images are often obtained as grayscale data, I shot this video in color in an attempt to convey the actual visual appearance of solar prominences through a hydrogen alpha filter. The data for the solar disk were de-saturated and then artificially re-colorized to provide contrast in appearance between the disk and the solar prominence arch.