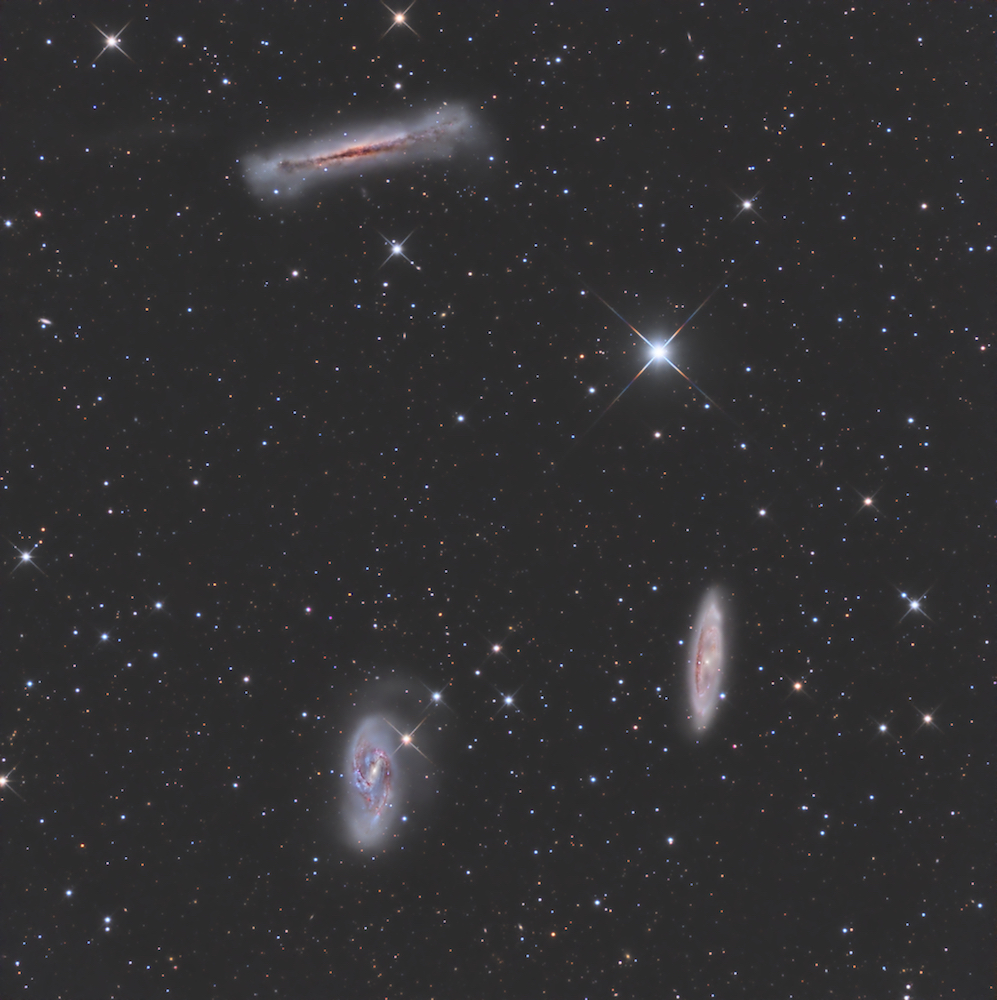 fter more than a year without imaging, I have the pleasure to present you the Lion Triplet with my new material. The Leo Triplet, or the M66 Group, is a group of interacting spiral galaxies located in the northern constellation Leo. The group consists of the galaxies Messier 65, Messier 66 and NGC 3628, also known as the Hamburger Galaxy. The Leo Triplet lies at an approximate distance of 35 million light years from Earth. The three large spiral galaxies can be seen in a single field of view and are well viewed even in small telescopes. Their galactic disks are tilted at different angles when seen from Earth. NGC 3628 appears edge-on, while M65 and M66 are inclined enough to reveal their spiral arms.The three galaxies in the M66 Group have all been affected by gravitational interactions with each other. This is evident in the deformed, drawn out spiral arms of M66 that are experiencing a high rate of star forming activity and in the warped, inflated disk of NGC 3628. With a prominent tidal tail consisting mainly of young blue stars, NGC 3628 seems to be the most affected of the three, while M65 appears to have suffered the least damage from the interaction. The tidal tail of NGC 3628 spans over 300,000 light years, but is very faint and does not always appear in images of the galaxy.