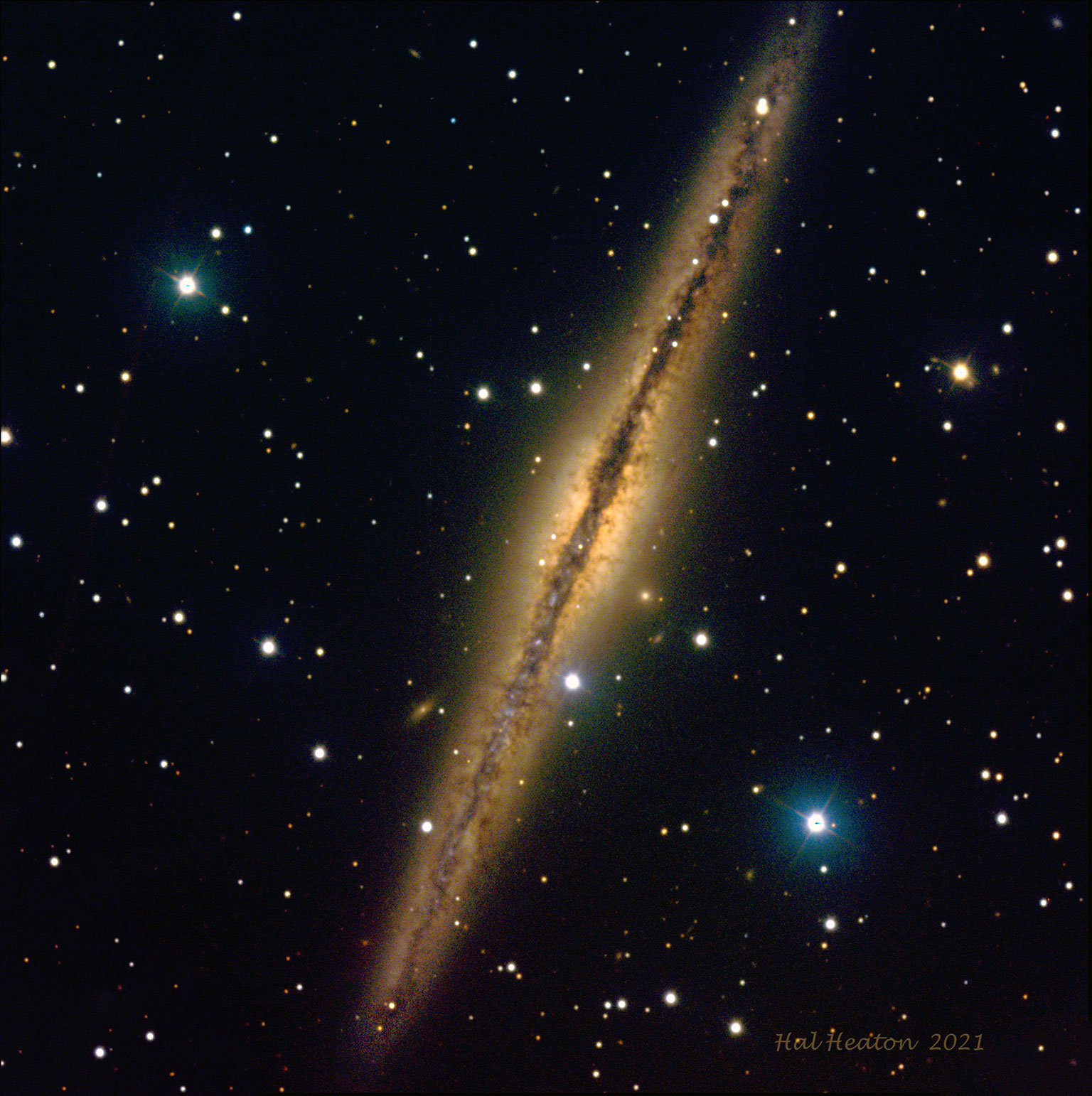 The magnificent spiral galaxy NGC 891, situated in Andromeda 17.4 deg below the plane of the Milky Way, is visible throughout the night during autumn. Receding from us at about 528 km/sec, its relatively nearby distance of approximately 9.9 Mpc affords a bright panoramic view of the full extent of its edge-on morphology. This 10-arcmin by 10-arcmin image, captured recently in broadband BVR light during the on-going eruption of the Cumbre Vieja volcano, clearly shows the galaxy’s flattened bulge and highly-structured dust filaments along its entire length. The raw data were obtained at an airmass of 1.03 under photometric conditions near new moon, as the seeing varied between 0.9 and 1.2 arcsec. Processing was performed in CCDStack v.2 and Photoshop CC