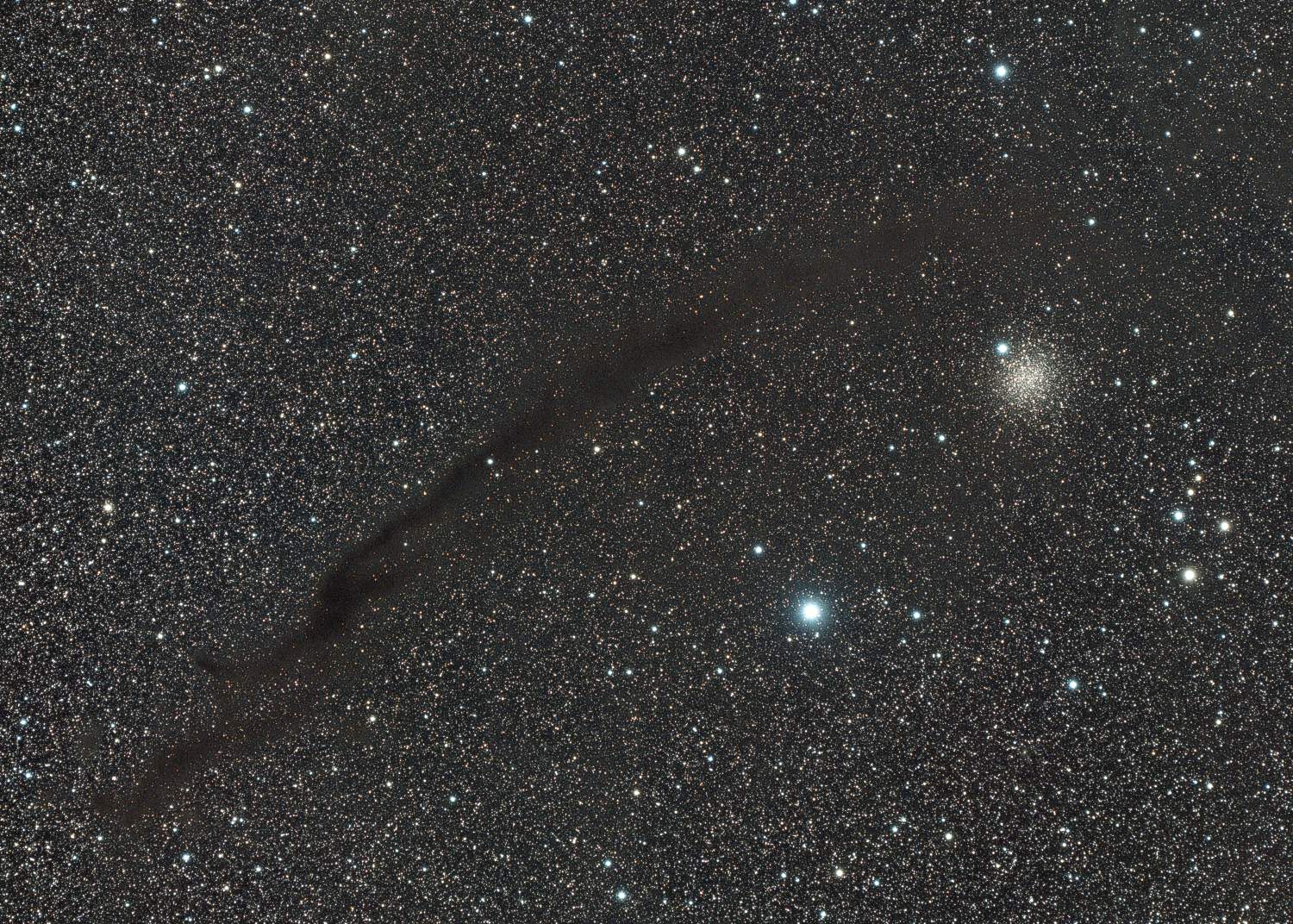 The Dark Doodad Nebula is a dark nebula near the globular cluster NGC 4372, much closer than the centre of the galaxy and in the galactic plane, having a length of nearly three degrees of arc. Although officially unnamed, this long molecular cloud has come to be known under this name. It can be found in the southern constellation of Musca (the Fly) with strong binoculars. This cloud consists of regions of dense gas and dust, and is one of the closest star forming regions to the Solar System. It was described in Sky & Telescope as one of the finest dark nebulae—one that is "wonderful, winding, and very definite". Just to the east of the southern end of the Dark Doodad is NGC 4372.