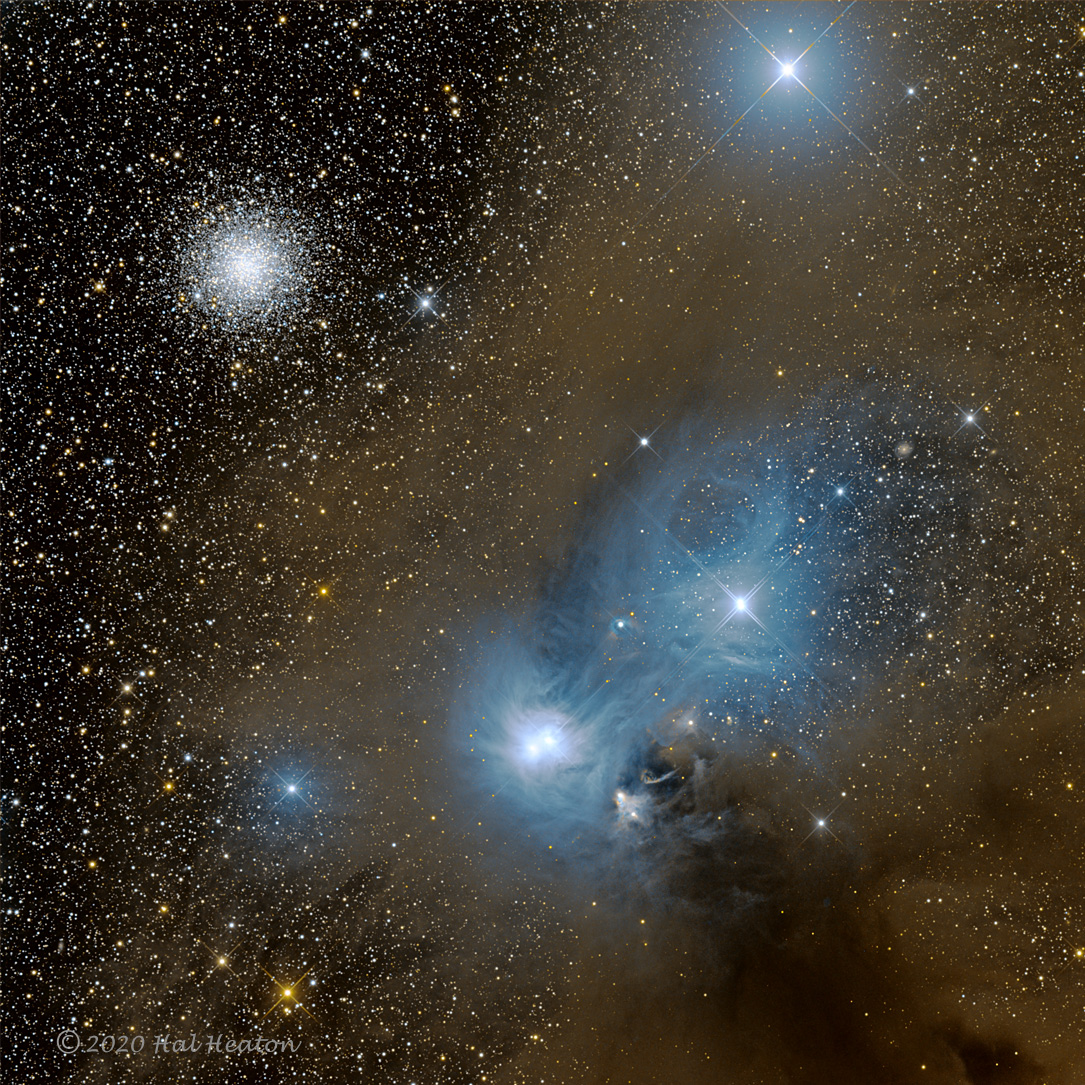 Lying just below the teapot of Sagittarius in the constellation Corona Australis (the Southern Crown) lies an eclectic region containing the exquisite blue reflection nebulae NGC 6726 and 6727 (lower-left of center) and IC 4812 (right-center). These are superposed with vast lanes of dust obscuration denoted SL-41 (upper center) and Bernes-157 (lower right). Wispy blue filaments, apparently lit by the stars that power those nebulae, and perhaps sculpted by their stellar winds and interstellar magnetic fields, span these dark regions. The wing-shaped nebula NGC 6729 projected against the dust lane at the lower center is energized by the variable star R CrA, and is situated about 100 lys closer to us than the bright stars within the reflection nebulae. Numerous other variable stars, some invisible and still embedded in their natal clouds, and several Hergig-Haro objects dot the scene. A majestic but far more distant globular cluster (NGC 6723) and the nearby bright-blue star epsilon CrA bracket nature’s collage from the upper-right corner. North is left, and East is down in this 53-arcmin x 53-arcmin image.

"Hergig" contains a typographical error. It should read Herbig.