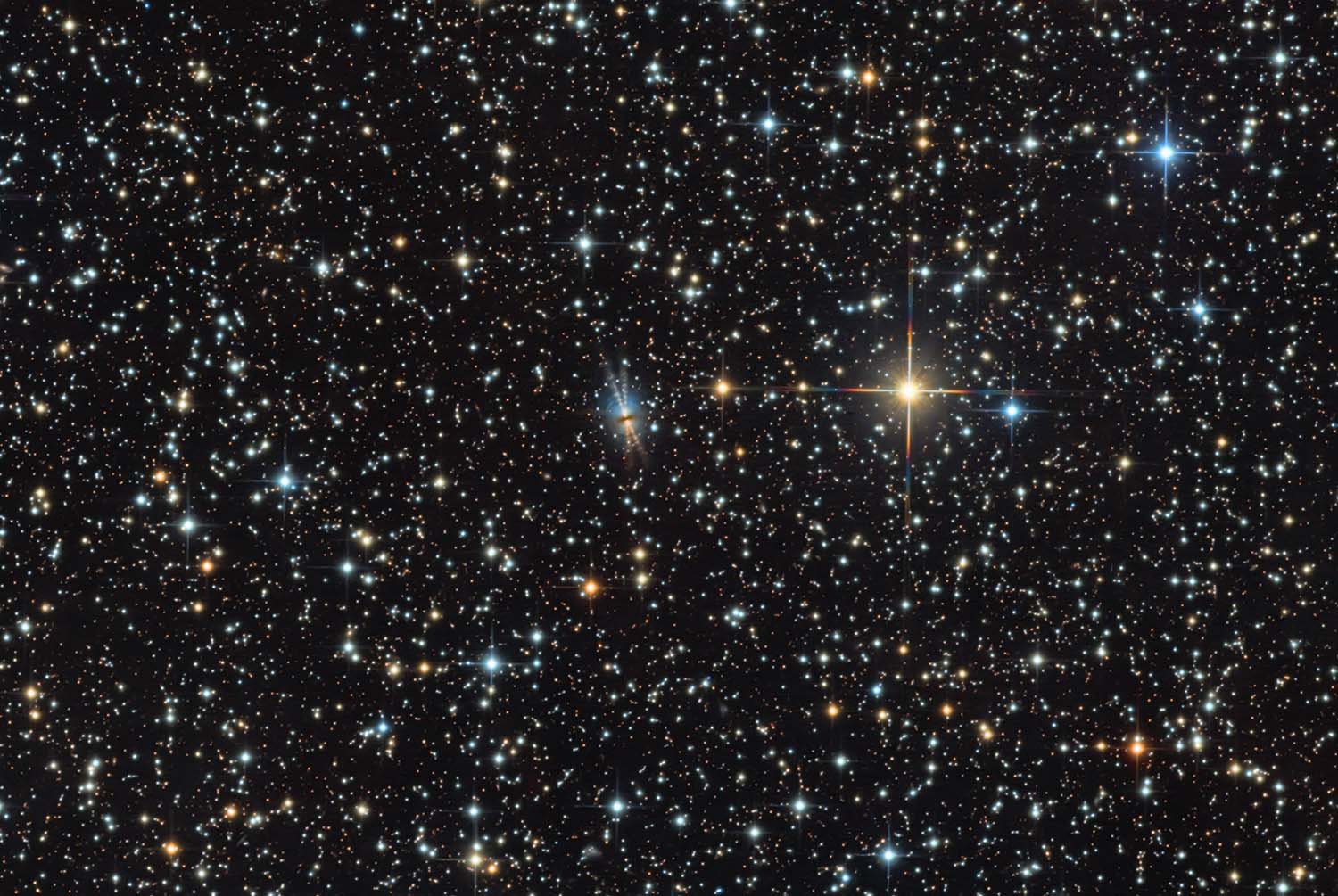 The Egg Nebula is relatively small in angular size even for the CDK24. 326 60s luminance subs were collected. 180 with FWHM between 1.3" and 1.9" were retained for this image. The 2x2 binned data was then processed with 2X drizzle with the final image cropped to 5900 x 3953 to help better expose the nebula. "The Egg Nebula is a bipolar protoplanetary nebula approximately 3,000 light-years away from Earth. Its peculiar properties were first described in 1975 using data from the 11 µm survey obtained with sounding rocket by Air Force Geophysical Laboratory (AFGL) in 1971 to 1974. The Egg Nebula's defining feature is the series of bright arcs and circles surrounding the central star. A dense layer of gas and dusts enshrouds the central star, blocking its direct light from our view. However, the light from the central star penetrates the thinner regions of this dusty enclosure, illuminating the outer layers of gas to create the arcs seen here. Spectra of the starlight scattered by the dust reveal that the central star has a spectral type of F5. The photosphere of an F5 star is about 900 K hotter than that of the Sun, but it is still not hot enough to have begun ionizing the nebula. The dusty enclosure around the central star is very likely a disc. The bipolar outflows in the image indicate that the system has angular momentum, which is very likely generated by an accretion disc. In addition, a disc geometry would account for the varying thickness of the enclosure that allows light to escape along the disc's axis and illuminate the outer layers of gas, but still blocks it from our direct view along the disc edge. Although dusty discs have been confirmed around several post-AGB objects, a disc around the Egg Nebula is yet to be confirmed. The Egg Nebula shows strong microwave emission from rotational transitions of carbon monoxide (CO) and hydrogen cyanide (HCN). The presence of strong HCN emission indicates that the progenitor AGB star was a carbon star. Millimeter wave spectral lines from 38 molecular species have been detected in the outflow. The CO and HCN spectra have a strong blue-shifted P Cygni absorption feature, and show the presence of a ~100 km/sec high velocity wind inside of the remnant AGB wind (which is expanding at 18 km/sec)."