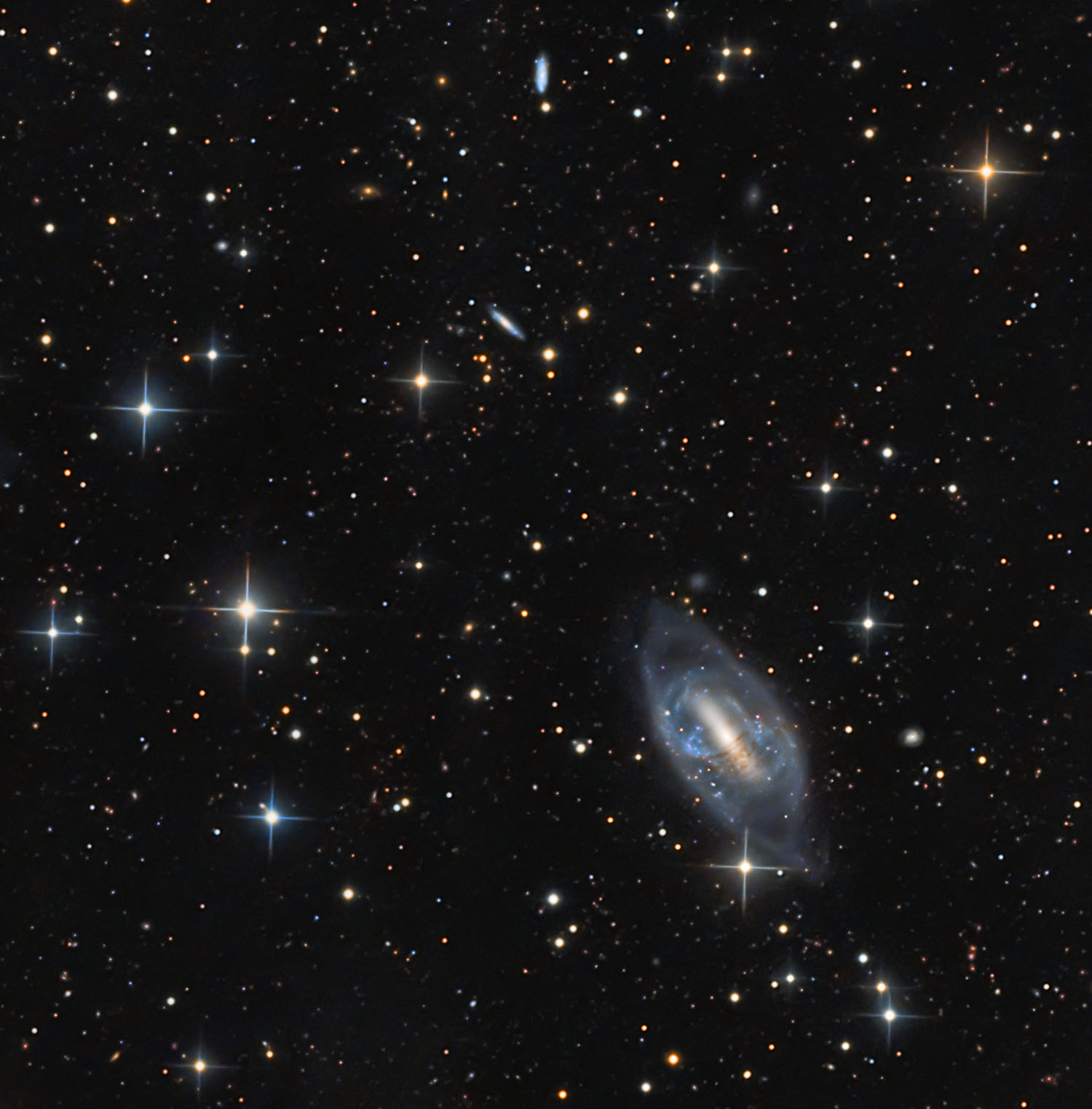 It took a little patience to capture enough subs in the unsteady winter skies to reproduce the Helix Galaxy with the quality I was aiming for. (-: The 24 stacked lumuinance subs measured 2.62" FWHM. A 200 interation deconvolution got that down to 1.76". Usually I'd be closer to 1.2". The green channel was not great with stacked FWHM around 3.5". This gave a green tint to the brightest stars that took some processing to remove and minimize ring artifacts. Overall I'm pleased with the final result and look forward to trying again under steadier skies. (-: "NGC 2685 (also known as the Helix Galaxy) is a polar ring galaxy about 50,000 light-years across, located some 42 million light-years from Earth in the northern constellation of Ursa Major (the Great Bear). It's receding from us at approximately 883 kilometers per second. A polar-ring galaxy is a rare type of galaxy in which an outer ring of gas, stars and dust orbits in a plane almost perpendicular to the normal flat plane of the galaxy. These polar rings are thought to form when two galaxies gravitationally interact with each other. One possibility is that material is tidally stripped from a passing galaxy, with the captured debris strung out in a rotating ring. The other possibility is that a smaller galaxy collides perpendicular with the plane of rotation of the larger galaxy, with the smaller galaxy effectively forming the polar ring. In the case of NGC 2685, several thin filamentary strands, consisting of knots of luminous star-forming regions and hydrogen gas form a helical band perpendicular to the main disk and centered on the galactic nucleus. These structures suggest that NGC 2685 once had a much smaller companion that was captured into a polar orbit and had its stars eventually merged with those of the larger system, leaving behind the companion’s interstellar medium. New generations of stars formed from this material to produce the luminous ring seen today. The rotating ring of NGC 2685 is found to be remarkably old and stable. It is possible that if the Magellanic Clouds had been closer to the Milky Way, they too would have created a polar ring around our galaxy."