An Image Gallery of the Cosmic Dawn 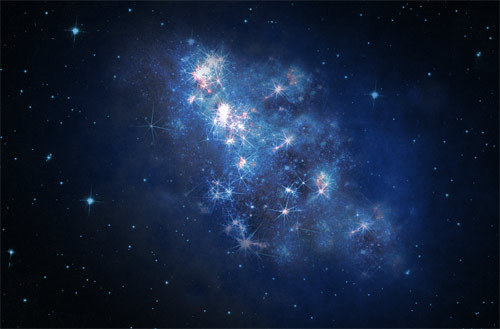 In the cover story of the June 2014 issue of Sky & Telescope, a team of scientists uses the Hubble Space Telescope to look back through cosmic time to the dawn of the universe, back to the time when galaxies were just beginning to form. With hundreds of hours of observing time on one of humanity's best telescopes, these researchers captured images of infant galaxies, witnessed the fireworks of star formation at cosmic high noon, and searched for distant supernovae that act as extragalactic yardsticks to measure the expansion of the universe. To read more, pick up a copy of the June 2014 issue.

Hubble captured so many images during 600 hours of observing time, we couldn't include them all in the print article, so we've made several extra images available as an image gallery below.