Inside the August 2022 Issue 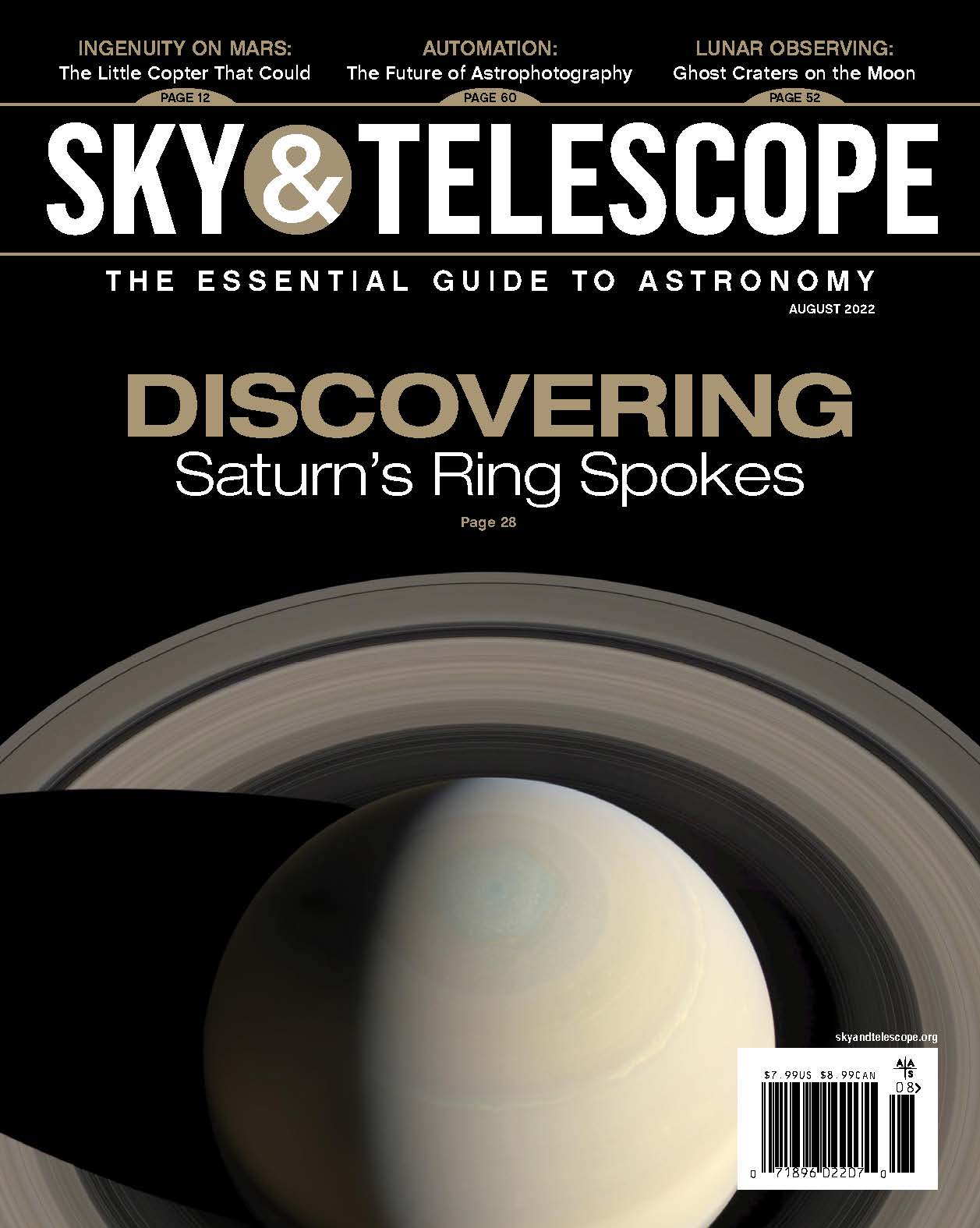 In the August 2022 issue of Sky & Telescope, we’re remembering an optical illusion that turned out to be real. Astronomers long believed that spokes in Saturn’s rings, recorded by 19th-century observers, were the result of outdated techniques and optics. But when Voyager 1 captured an image of the spokes in 1980, the debate turned to what creates them. Then, we examine the defunct constellation Taurus Poniatovii, which still holds some stunning observing targets. As you dream about the latest equipment that will help you capture those stunning nebulae, galaxies, and clusters, you might also be interested in the next big revolution in astrophotography: live stacking. Meanwhile, the latest innovation in planetary exploration is taking off: The Ingenuity helicopter completed the first powered flight on another planet in April 2021 and has exceeded our expectations since then. Plus, the search for extraterrestrial intelligence has recently received a big boost in funding. With new equipment and data-analysis tools, will SETI finally locate life on another planet?

Flying with Ingenuity on Mars

It’s thanks to bold creativity and tenacity that a small rotorcraft is now exploring the Red Planet.

A Visit to Taurus Poniatovii

The constellation may be no longer, but that shouldn’t stop you from exploring its many lovely sights.

Discovering these mysterious features was a 20th-century triumph for 19th-century observing techniques.

New instruments and data-analysis tools are opening more sky to the search for extraterrestrial intelligence.

The Next Big Thing

Deep-sky astrophotography is rapidly evolving, and in some ways the future is already here.

Listen to recordings from NASA’s Perseverance rover on Mars.

See a live map of Perseverance and Ingenuity’s locations on Mars.

Vacationing in the Milky Way

Get ready for a starry summer tour of our home galaxy.

August presents a fine opportunity to view the planet, its rings, and a handful of its brightest moons.

Of Ghosts and Graveyards

Scan the lunar seas for rim islands and buried craters.

This important optical parameter can help you produce better astrophotos.

See what else August’s issue has to offer.