Inside the December 2020 Issue 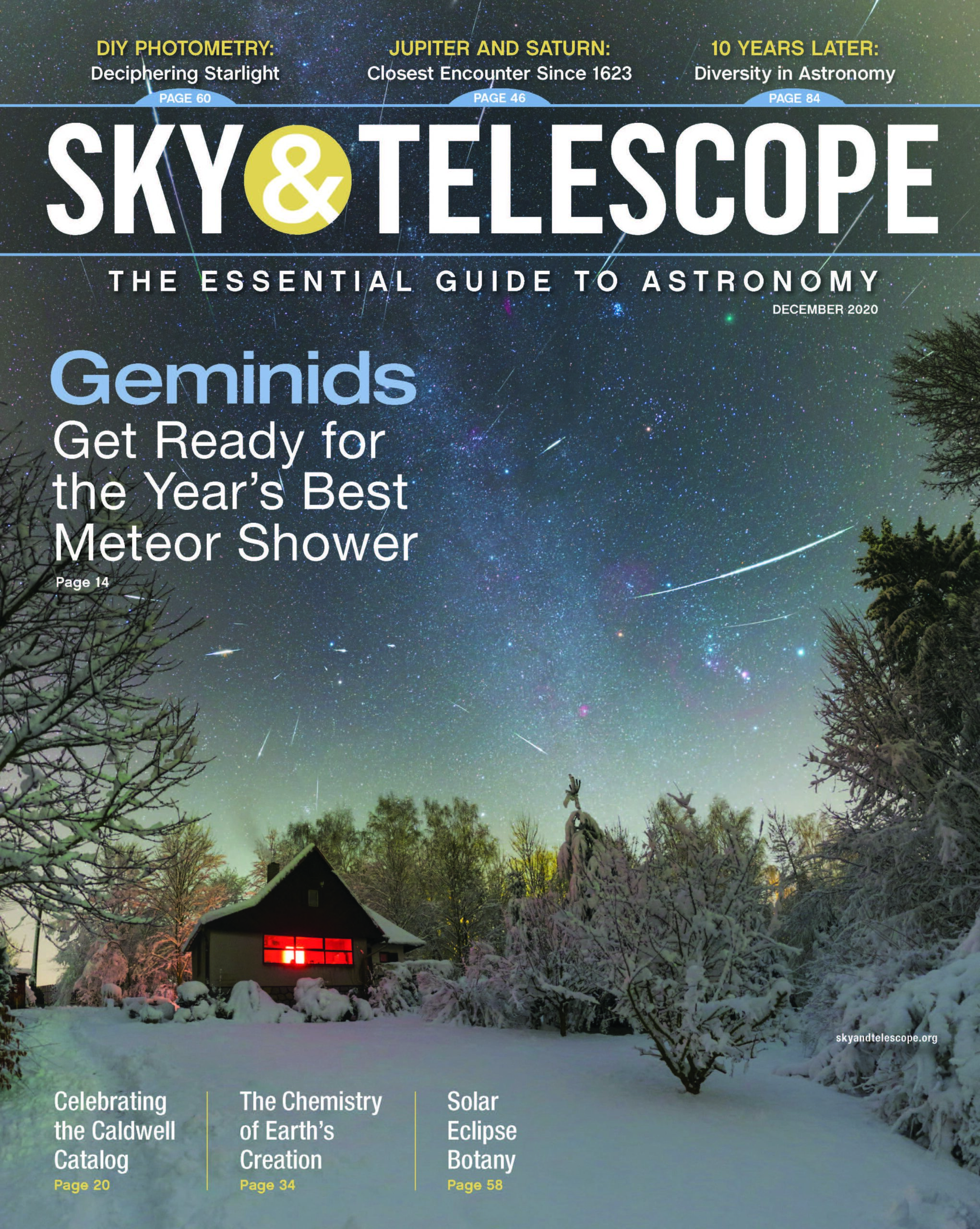 The Geminid Meteor Shower, Cosmic Dust, and the Caldwell Catalog

In the December 2020 issue of Sky & Telescope, we’re preparing for the best meteor shower of the year and talking about dust. The Geminids peak on December 13–14, and we’ve got tips for watching. We also dig into cosmic dust — meteors and otherwise — which colors every aspect of our view of the universe. Dust’s most important ingredient, perhaps, is carbon, and we trace its history from the solar system’s earliest years to find out what why Earth developed with just the right amount of it. While watching the Geminids this month, why not break out the astrophotography gear and do a little science with the stars? We detail exactly how to measure stellar brightness using amateur equipment. Speaking of stars, how do plants get along without one (at least for a little while)? As totality shadows Argentina and Chile this month, we find out what plants in our front yard think about totality.

Get Ready for the Geminids

This popular list of observing targets published in 1995 is marking its first quarter-century.

Specks Between the Stars

When thinking about cosmic wonders, we often wrongly sweep interstellar dust under the rug.

There’s another ingredient besides water that’s crucial to the recipe for life.

What Does Your Lawn Think of a Solar Eclipse?

Humans aren't the only lifeforms that notice totality.

Here's how you can contribute to the science of astronomy.

Read these tips from the International Meteor Organization for a comfortable night under the Geminids.

Watch the next total solar eclipse live from Patagonia.

Build your own backyard radio telescope with these instructions.

A Long Night’s Journey Into Day

The dark of winter offers plenty of time for skygazing and quiet contemplation.

ANTS on the Moon

See what else December's issue has to offer.