Inside the February 2021 Issue 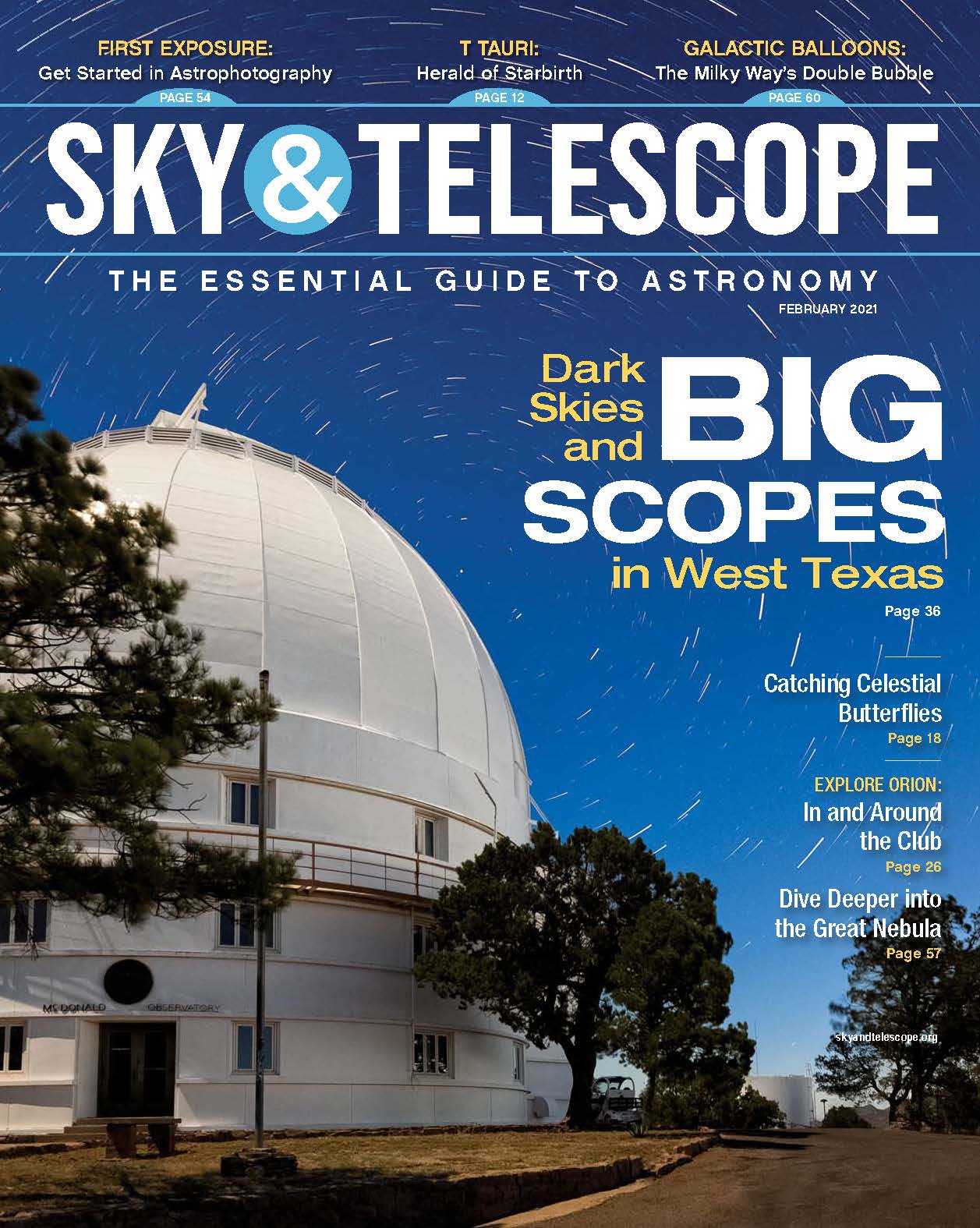 Photographing Planetary Nebulae and the Magic at McDonald Observatory

In the February 2021 issue of Sky & Telescope, we reveal the final member of our bevy of new columns: First Exposure. To introduce this column, Sean Walker covers the basics of astrophotography for anyone who wants to start the craft. For more experienced astrophotographers, we have tips for photographing a whole collection of planetary nebulae, including a few with some fun nicknames. While planetary nebulae are the remnants of certain stars’ deaths, the wild story of the star T Tauri takes us back to their formative years. T Tauri has an entire class of stars named after it that it doesn’t quite match. Originally thought to be one star, then two, and now three, it’s discovery led directly to the historical realization that the universe is still creating new stars. But for every answer, astronomy has several more questions to take its place. For instance, how did our galaxy come to have two “bubbles” of high-energy radiation seemingly emanating from its center? While scientists are still debating what created these structures, they are starting to lean toward the Milky Way’s supermassive black hole as the culprit.

The Story of T Tauri

Hone your imaging techniques on these fascinating beauties.

Going off the beaten track in Orion brings pleasant surprises.

McDonald Observatory in Texas is a mecca for research astronomers . . . and for lucky amateurs.

Astronomers may be closing in on the culprit behind the structure that sprouts from our galaxy’s center.

Read this guide to taking astrophotos of the International Space Station crossing the Moon and Sun.

Predict exactly when occultations begin in an area using this interactive tool.

Use Heavens Above to find out when satellites and certain astronomical events are crossing your skies.

Everyone Can Do Astronomy

Learn about how this company is working to make astronomy available to everyone through accessible design.

In Praise of Procyon

Being in the right place at (exactly) the right time pays exciting dividends.

Let us help you enter the world of astrophotography.

See what else February's issue has to offer.