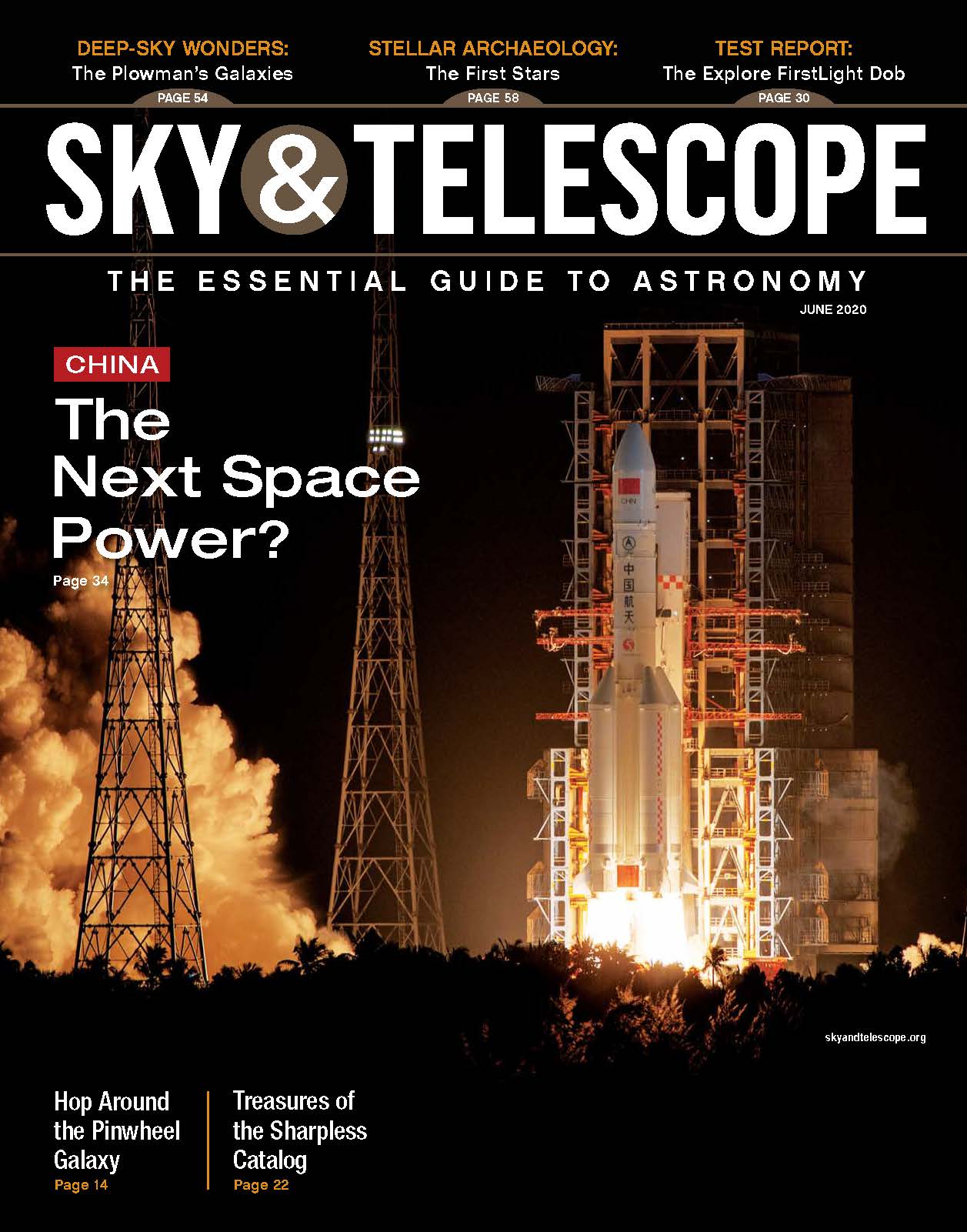 China Sets its Sights on Mars, Capturing the Sharpless Nebulas, and the Creation of Heavy Metals

In June’s issue of Sky & Telescope, we cover the history of China’s space program as they lay the groundwork to build a research base on the Moon. The end of this decade may see China’s space agency on Mars and traveling to other star systems. M101 shines bright and beautiful in the summer skies. This year, we are visiting the various star-forming regions, also known as HII regions, that can be found along its spiral arms. We also provide a guide that can help you capture this galaxy and other night-sky objects with video equipment, so you can share your deep-sky adventures with others. Our top picks from the Sharpless Catalog are a great place to start your career as an astronomy movie director — these star-producing marvels and star remnants are a wonder to behold!  But we wouldn’t be here to see them without the Population III stars that created heavy elements like iron, oxygen, calcium, and zinc. These first stars made planets possible, and now astronomers are using chemistry to study the oldest stars in existence. The ancient myth of Ophiuchus, the Serpent Bearer, has nothing on these ancient stars, but he is slowly gaining fame as a possible 13th figure of the zodiac. Look for him this month using our guide to this notorious constellation.

Join the author as he explores the Pinwheel Galaxy and surrounding objects.

Treasures of the Sharpless Catalog

Sample some of the delights in the first comprehensive catalog of nebulae.

A bold series of successful and proposed missions are catapulting China to prominence in space.

Astronomers are illuminating the universe’s early days by studying chemical patterns in the oldest stars.

Exploring the Deep Sky with Video

With a little tech, you can see farther and share the view.

Read the history of the Herschel 400 Observing Program and take on the challenge yourself.

Enjoy our complete list of constellation names and abbreviations. It also includes a brief history and pronunciation guide.

Learn all about this unique finder and how to build one yourself.

Use this Solar Eclipse Circumstance Calculator to discover what 2020’s annular solar eclipse will look like in your area.

The celestial serpent bearer has plenty of interesting company.

One of the best showings of the Red Planet in decades starts now.

Peering Over the Limb

Spot evidence of these hidden farside features during favorable librations.

Boötes is home to one globular cluster and many great galaxies.

See what else June's issue has to offer.