Inside the October 2020 Issue 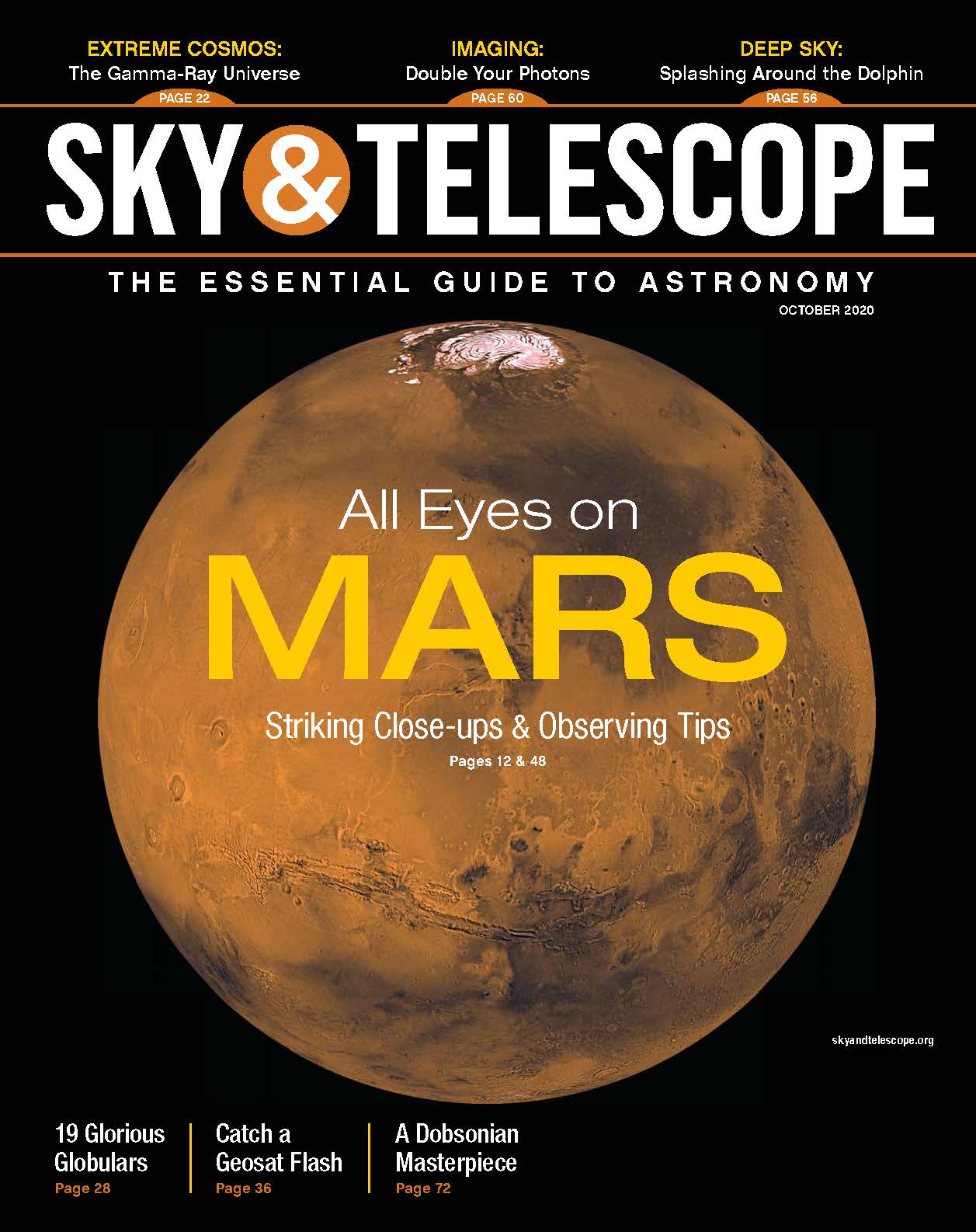 Mars at Opposition, Globular Clusters, and the Universe in Gamma Rays

In the October 2020 issue of Sky & Telescope, we’re getting ready for the best view of Mars until 2035 with our favorite images from the Mars Reconnaissance Orbiter as well as observing tips as the Red Planet reaches opposition. Meanwhile, enjoy our list of stunning globular clusters to add to any big telescope’s bucket list. Early October is also a great time to hunt for geostationary satellites — and photograph them too. On cloudy nights, cozy up with the latest from NASA’s Fermi space telescope, which has revealed the most detailed views of gamma-ray-emitting objects we’ve seen so far. We cover gamma-ray astronomy and what telescopes like Fermi can tell us about supernovae and other energetic events. Also this month, learn how to make the most out of those rare nights when conditions are perfect for astrophotography by attaching two telescopes to a single mount.

A potpourri of images shot by the Mars Reconnaissance Orbiter showcases the planet’s astonishing diversity of landforms.

The highest energies of the electromagnetic spectrum reveal a cosmos replete with fantastic explosions and objects.

No matter your equipment or location, these impressive stellar collections offer something for everyone.

Autumn nights are ideal for spotting “stars out of place.”

Here’s a great way to boost your imaging output when conditions are favorable.

Use our tool to identify markings on the Red Planet.

Predict when and where geostationary satellite flares will appear in your skies.

Make your own occulting bar to observe Phobos and Deimos.

The Age of Pisces

There’s something fishy going on in the October sky.

A Great Year for Mars

The Red Planet won’t be as good as this again until 2035.

The Changing Face of Mars

Splashing Around the Dolphin

See what else October's issue has to offer.

(I do not understand why your web page for this issue has no link to this article.)

Does this 2-d map of the universe represent the space making up Earth's light cone?
I do.not have much intuition of the geometry involved in this context. Would Earth be in the center, or at a focus point in the ellipse?

Hi Jean Van Loan, thanks for your question! The map is the celestial sphere, so it's a full map of the sky. (In other words, it doesn't contain the Earth, as it's the view *from* Earth). The difference in this map is that it's presented in so-called galactic coordinates, which basically just shifts the view of the night sky so that the "equator" of the map aligns with the Milky Way galaxy (as seen from Earth). Does that help?

Regarding your other question, the digital issue does not appear on our website (yet) but if you subscribe you can find it online here: https://www.nxtbook.com/nxtbooks/aas/st_202010/index.php#/p/8