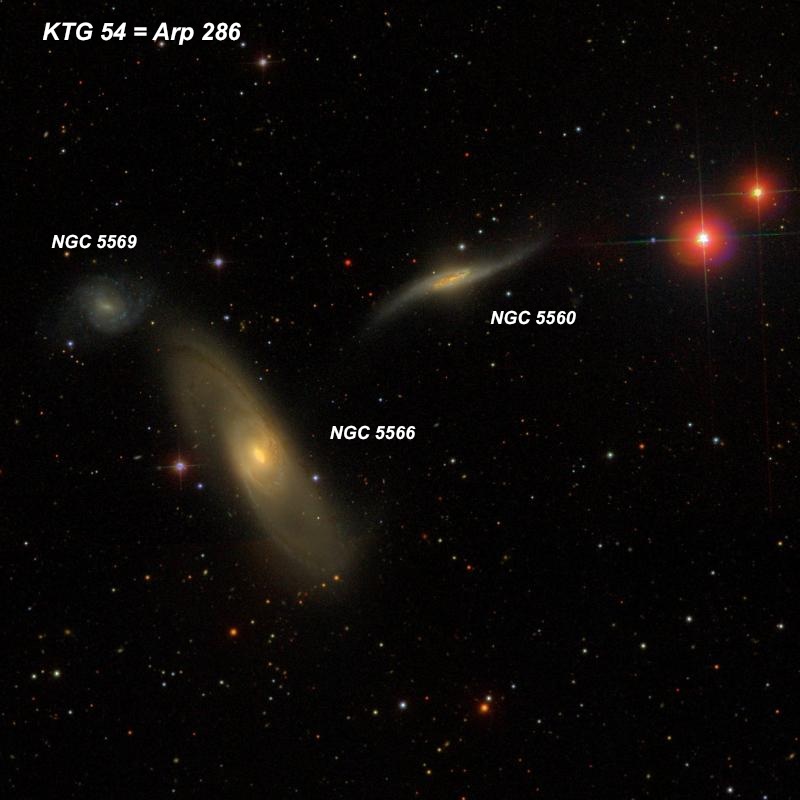 The 1979 Isolated Triplets of Galaxies catalogue contains 84 northern hemisphere trios identified by Valentina Karachentseva and Igor Karachentseva through a visual inspection of the Palomar Observatory Sky Survey plates. The astronomers labeled triplets of galaxies "isolated" if the nearest significant neighbor was at least three times as far away as the separation of the group's components. In the May 2015 issue of Sky & Telescope, contributor Steve Gottlieb discussed his observations of three isolated triplets (KTG 54, 55, and 57). Here, he has made available data distilled from the Karanchentseva catalog and his own observations so you can go even deeper with this unique set of targets (download as an Excel file).

Steve has given both the KTG numbers and more common catalogue names (for instance, KTG 01A is better known as M110). The RA and Dec are 2000.0 coordinates. Magnitudes are V (visual) unless indicated otherwise (the Karanchentseva catalogue gave blue photographic magnitudes). The radial velocity and galaxy type data come from the original catalogue.