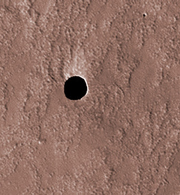 Exploring Caves on Other Worlds
Future colonists on the Moon and Mars will initially live in caves. That’s why scientists today are on the lookout for underground passages.
By Robert Zimmerman

Remembering Comet Kohoutek
“The Comet of the Century” proved
to be anything but.
By Dean Regas

The Future of Amateur Science
In a roboscope-dominated future, backyard observers will still play an important role in astronomical research.
By Pamela Gay

Imaging the Messier Marathon
Two telescopes, 110 targets, and one night to shoot them all.
By Alex McConahay 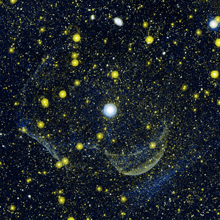 Caves on the Moon and Mars
See more tantalizing images of openings into other worlds.
By Robert Naeye

Get Involved in Amateur Astronomy Research
Join amateur research projects, such as the Z CamPaign and Target Astroids. Don't have a telescope? Get online access or join one of dozens of online citizen science projects.
By Pamela Gay

Anti-Freeze Telescopes
Mercury isn't the only liquid that's found itself in a telescope.
By Kelly Beatty

Saturn Rules the Night
The ringed planet comes to opposition in late April.
By Fred Schaaf

The Ghost of Jupiter
Hydra hosts an assortment of galactic and extragalactic objects.
By Sue French