Inside the April 2014 Issue 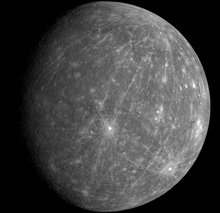 Mystery in the Milky Way
Two gigantic bubbles ejected from our galaxy's center launched astronomers on a decade-long journey.
By Camille M. Carlisle

The Return of Cosmos
Will this high-profile, big-budget television series about the universe be a worthy successor to its groundbreaking predecessor?
By J. Kelly Beatty

April’s Total Eclipse of the Moon
Get ready: The Moon will go through Earth’s shadow late on the night of April 14–15.
By Alan MacRobert

A 70-inch Amateur Telescope
This monster Dob is likely the largest transportable amateur scope in the world.
By Chuck Hards

Red Luminance Layering
Boost the nebulosity in your astrophotos with this novel technique.
By Edward Henry

Mysterious Bubbles in the Milky Way
Watch a visualization of the Fermi bubbles and the beast thought to be their source.
By Camille M. Carlisle

Lunar Librations
Librations and other lunar data for April 2014.
By Sean Walker

History of the Moon
How do we know when things happened?
By Charles A. Wood

Skyris Planetary Cameras from Celestron
Two industry leaders team up to create the next generation of video cameras for the Sun, Moon, and planets.
By Dennis di Cicco & Sean Walker