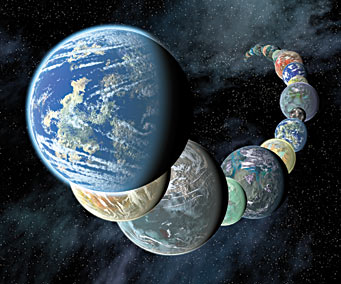 The Race to Find Alien Earths
No longer are planet hunters just turning up giant Jupiters and Neptunes around other stars. They're now collecting weird super-Earths. And the first actual Earth-size worlds are probably just a few years away.
By Camille M. Carlisle

Hot Products for 2009
Our 11th annual roundup of Hot Products highlights the most intriguing new astronomy gear in the worldwide market.
By the Editors of Sky & Telescope

The Year to Celebrate Astronomy
We aim to inspire the world to reflect upon and participate in astronomy throughout 2009. And you can help. Download the article for free.
By Catherine Cesarsky, Pedro Russo, & Lars Indberg Christensen 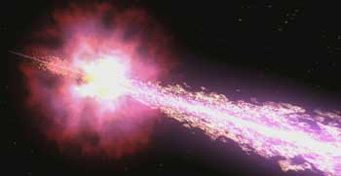 The Brightest Burst
S&T editor in chief Robert Naeye talks to article authors Judith Racusin and Derek Fox about the international effort to analyze the most powerful gamma-ray burst ever seen.
By Robert Naeye

Cosmic Relief
Through the Glass, Darkly?
By David Grinspoon