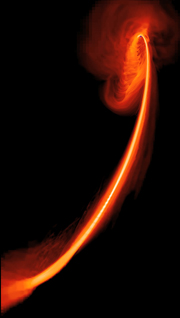 The Chelyabinsk Super-Meteor
Scientists are piecing together the story of the largest asteroid impact with Earth since 1908.
By Daniel D. Durda

The Story of Einstein's Telescope
A telescope made specifically for the iconic physicist was long forgotten, but it has recently been brought back to life.
By Eden Orion

The Determined Observer's Guide to M101
Few galaxies show as much detail as this dim, gigantic spiral does when viewed under dark skies.
By Howard Banich

Image Processing with CCDStack2
Improve your deep-sky images with this innovative program.
By Bob Fera 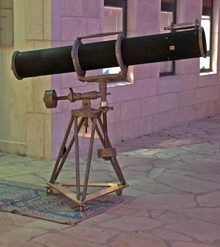 Star-Shredders in Action
Watch what happens when a supermassive black hole rips an unlucky star apart.
By Monica Young

Roundup for Russian Meteor
The meteoroid that exploded over Russia this past February won't be forgotten anytime soon.
By The Editors of Sky & Telescope

Einstein's Telescope: A Gallery
View a gallery of images of the historic telescope that belonged to science's most iconic figure.
By Robert Naeye 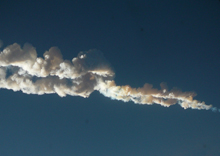 Mercury Dances with Venus
The innermost planets appear together in twilight for most of June.
By Fred Schaaf

Sighting the Solstice
Can you track the sunset point as well as your prehistoric ancestors did?
By Alan MacRobert

The First Plowman
Boötes is home to one globular cluster and many great galaxies.
By Sue French