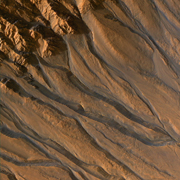 The History of Water on Mars
How many times has NASA discovered water on Mars? We set the record straight.
By Emily Lakdawalla

Deciphering Starlight
In Europe, many amateurs are engaging in professional-level research.
By Jan Hattenbach

Eyepieces: Windows on the Universe
Understanding the basics will help you select from the cornucopia of modern eyepieces.
By Alan French

Piecing Together the Sun & Moon
Here's an easy technique for creating expansive images of the Sun and Moon using modest sensors.
By Tim Jensen

Water on Mars: A Gallery
Orbiters and landers offer tantalizing vistas of water on Mars.
By Robert Naeye

Resources for the Amateur Spectroscopist
Check out these links to learn more about taking spectra of the stars.
By Robert Naeye

Comet ISON Updates
Keep up to date with the latest developments on the "comet of the century."
By Alan MacRobert 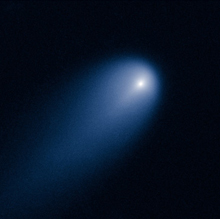 Close Encounters
Several celestial objects pass near to one another on the sky and in space.
By Fred Schaaf

Comet ISON Approaches
The "comet of the century" was stuck at 16th magnitude when it hid out for the summer. Even so, good prospects remain for December.
By John E. Bortle