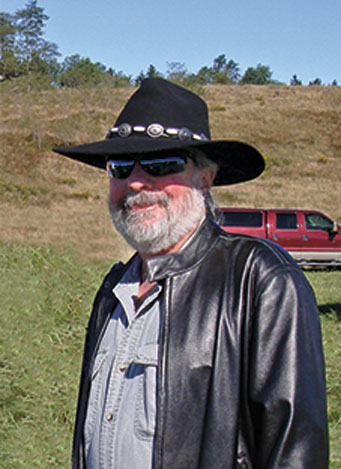 S&T contributing editor Rod Mollise is among the most influential American writers on amateur astronomy. His book The Urban Astronomer’s Guide is considered a classic. In the August 2012 issue of S&T, he describes how he successfully completed the huge challenge of observing the 2,500 deep-sky objects compiled by William and Caroline Herschel in the late 1700s.

In this follow-up interview with S&T editor in chief Robert Naeye, “Uncle Rod” gives more details on how he conducted the Herschel Project, why he chose the specific objects that he discussed in his article, and whether it’s possible for experienced amateurs to “run out” of deep-sky objects to observe.

When did you first hear of the Herschel Catalog?

I became aware of it sometime in the 1980s, I guess, not long after Florida’s Ancient City Astronomy Club culled the best and the brightest from the Herschel’s big list to form The Herschel 400. That doesn’t mean I started observing Herschels. For years I considered them difficult objects exclusively for expert observers with big telescopes and dark skies.

What triggered your memory of the Herschel Catalog?

I’d run through the Herschel 400 for the first time back in the 1990s, discovering that the list was not as tough as I feared and that many of its objects looked much better than I hoped. I hunted up the 400 again four years ago, observing most of them from dark sites. I had such a good time I began thinking about doing not just the “second easiest” 400 Herschels, the Herschel II, but all of them, with “all of them” being the nearly 2,500 clusters, nebulae, and galaxies (mostly galaxies) of the complete list. I was spurred on by a burgeoning interest in the life of Sir William Herschel, which began when my wife, Dorothy, purchased a book, The Scientific Papers of Sir William Herschel, at a rare book sale and brought it home for me.

Can you tell us a little bit more about the origin of the Herschel Catalog?

The majority of the Herschels’ deep-sky work was done in a mere seven years, from 1783 to 1790. What makes the brother and sister’s 2,500 discoveries so remarkable is that they were made with such primitive telescopes. Yes, Herschel used some large instruments, including his legendary 48-inch reflector, but most of his objects were found with 12- to 18.7-inch scopes whose speculum metal mirrors were badly tarnished most of the time.

The Herschels were also saddled with high-power, narrow-field, primitive-design eyepieces. Couple those things with the fact that they didn’t know what was out there (they would point a telescope at a specific declination in the sky and let objects drift through the field) and it is amazing they saw anything at all, including more than 2,000 incredible deep-sky objects.

Exactly how long did it take you to complete the project?

It’s taken me till this spring to knock off the last few Coma-Virgo galaxies in the list, and that makes two-and-a-half years of The Herschel Project. If I’d had more spare time and better skies than we have in the South, though, I could probably have done them all in a year. I believe my relatively leisurely stroll through the 2,500 made the project more fun, though.

My initial inclination was to set myself a one-year limit, but that would have made The Project more stressful than enjoyable, I think. My inspiration for the project, Julie Powell, who cooked all of Julia Child’s recipes in Mastering the Art of French Cooking, was a wreck at the end of her self-imposed one-year limit. If I decide to take on another big or challenging observing project (or learn French cooking) I think I will stick with my plan: “It will take as long as it takes.”

Obviously, there wasn’t enough room in the S&T article to describe more than a tiny fraction of the objects in the catalog. What made you decide to discuss the ones that you did?

I wanted to include two types of objects. First, I wanted to make note of a few of the spectacular ones. Some amateur astronomers have the mistaken impression that the Herschel Catalog is all “dim and distant.” The truth is there are over a dozen Messiers in its ranks, and many of the non-Messiers are as beautiful as anything in that list. The wonderful galaxy–open cluster pair NGC 6946 and NGC 6939, which I’ve been marveling at since I was a teenager, is an example. But I also wanted to expose my readers to some of the harder objects, the “small, dim, undistinguished elliptical galaxy” type objects that (no use denying it) comprise a good portion of the Herschel 2,500.

Are there any objects in the catalog that you wonder why they’re in there, and on the flip side, do you think certain objects that are not in the catalog should be in there?

I’ve always wondered why William and Caroline decided to include 16 bright Messier objects in their list. The Messiers seem out of place and out of keeping with the exploring spirit of the Herschels. Have I ever wondered about what’s left out? No, never. It’s not a list of the brightest or the dimmest or the prettiest or the strangest. It’s the first comprehensive accounting of what is out there in deep space. What is in it is what drifted through the Herschels’ eyepiece on those long-ago nights. That’s what makes it so wonderful.

Do you think it’s possible for experienced observers such as yourself to eventually “run out of objects to see”?

I used to worry about that, until I took on the Herschels. Now that that is done, I don’t worry anymore. After discovering how deep an average amateur astronomer can go (I don’t consider myself any sort of observing guru) it feels as if the sky is literally the limit. With the aid of CCD and deep-sky video cameras, big telescopes, and sophisticated eyepiece designs, I’m not willing to say anything is beyond us. Maybe that flag standing on the shores of Mare Tranquillitatis — but maybe not even that.

Besides the stuff you wrote in the article, what other advice would you recommend to someone who wanted to tackle this project?

Get organized. I don’t care how you do it, whether it’s with a computerized astronomy “planning” program like I used, a database program, or a box of index cards. When you are dealing with hundreds and hundreds of objects scattered across many constellations, you must always know what you’ve seen and what you haven’t seen and where. If you don’t stay organized, you will never complete the Herschels. Organization is much more important than telescope size, though, as I say in the article, I recommend at least a 12-inch scope if you plan to tackle The Whole Big Thing: the 2,500.

At the end of the article, it sounds like you established a really deep appreciation for the work of the Herschels in compiling this catalog. If you could someone go back in time to speak to William and Caroline, or bring them forward to now, what would you say to them?

One thing: “Hey, guys, do you think I could observe with y’all tonight?”

Is there anything else you’d like to add that you didn’t discuss in the article or that I didn’t ask you about?