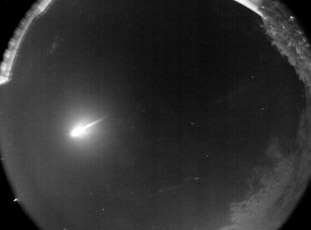 Grimsby Fireball flies over the Southern Ontario Meteor Network of cameras. This image is from Camera 3.

On September 25, 2009, a dazzling streak of light illuminated the skies over southern Ontario. A bright meteor was blazing a trail through the atmosphere, and it would eventually break apart and drop fragments in and near the town of Grimsby.

Scientists at the University of Western Ontario were exceptionally well prepared for just such an event. They had previously erected a network of cameras and sophisticated instruments called the Southern Ontario Meteor Network. These devices captured the fireball as it streaked across the sky and fragmented, making the Grimsby meteor one of the most well documented events in the history of meteor science.

As discussed in Sky & Telescope’s October 2011 issue article “Rocks from Heaven” by Philip Downey, the images and other data enabled the Canadian scientists to locate actual fragments of the meteor, and determine its orbit before it collided with Earth.

Click here to watch some of the dramatic videos captured by the Meteor Network’s camera, courtesy of the University of Western Ontario. 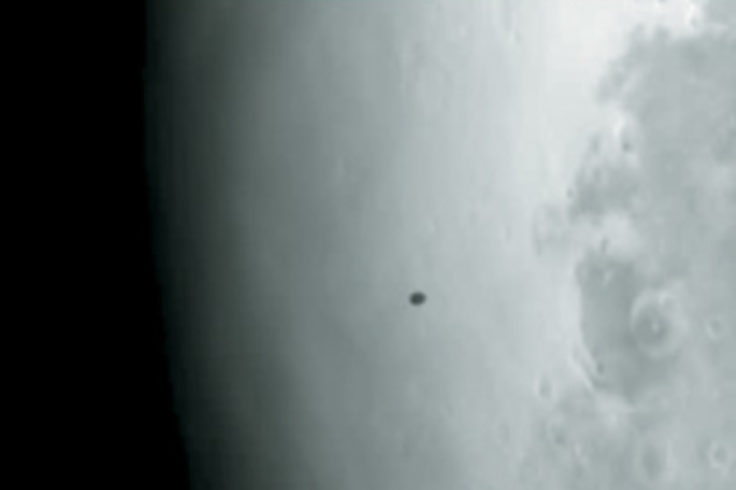