In the cover story of the June 2013 issue, Suvi Gezari takes us into the den of hibernating black holes, showing us what happens when a star tickles the nose of a powerful beast: the black hole rips the unlucky star apart, lighting a flare that can be seen from across the universe.

After Gezari observed a flare from a supermassive black hole tidally shredding a star, James Guillochon (University of California, Santa Cruz) ran a simulation to show the fate of the stellar remains. The video below shows a black hole 1 million times the mass of the Sun (dot in upper left-hand corner) ripping a star apart. Half the remains are ejected from the system at high speeds; the other remains take weeks to circle back, eventually spiraling into the black hole. (The simulation's red-to-white color scale represents low-to-high gas density.)

NASA produced a more simplistic animation (rather than a physics-based simulation) to show what a star-shredding black hole might look like:

This animation was produced to illustrate what might have caused the X-ray flare caught by Swift, known as Sw J1644+57. In the animation, a star passes too close to a black hole and tears apart to form a disk. (Half the stellar remains would have been ejected, but the animation doesn't show this detail.) The disk in turn feeds a jet of X-ray and radio-emitting particles that speed away almost as fast as the speed of light. 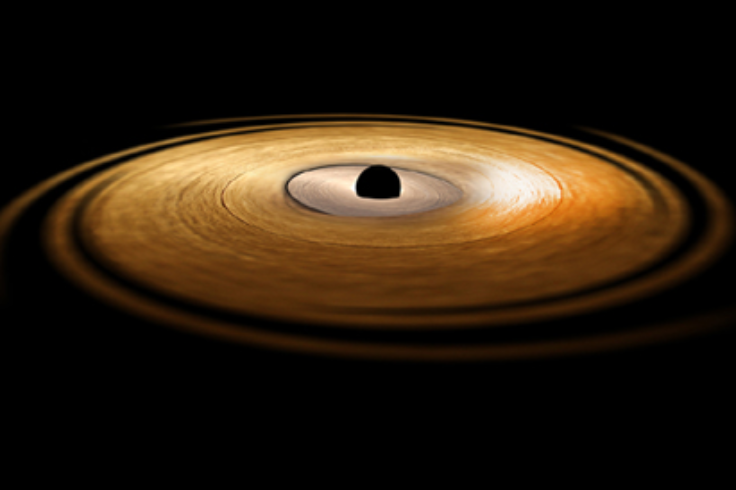