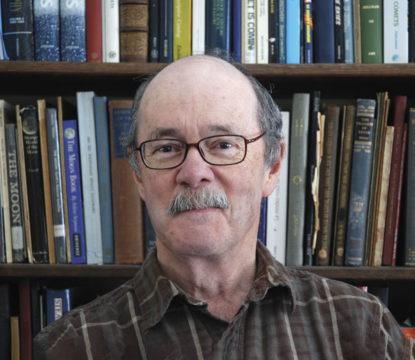 Roger came to Sky & Telescope in 1971, after gaining an astronomy degree from Harvard University and making two deployments to Southeast Asia as an officer in the US Navy Seabees. From 1974 to 1998 he conducted the magazine's Telescope Making department, showcasing homemade telescopes, accessories, and cutting-edge optical designs. He has ground and figured the optics for more than a dozen telescopes, starting with a 6-inch reflector when he was only 13 years old, and recently completed his own backyard observatory. In 1984 he launched the magazine's Astronomical Computing department to demystify celestial calculations and the use of computers to shed light on future sky happenings as well as historical events. Roger has long contributed to our Celestial Calendar section, where most of the star charts are derived from computer programs he has written.

Apart from his magazine work, Roger coauthored the two-volume Sky Catalogue 2000.0 and then undertook NGC 2000.0, an updated revision of J. L. E. Dreyer's famous list of 13,226 nebulae and star clusters, comprising nearly all the deep-sky objects accessible with the best amateur equipment. In 1997, in collaboration with Michael Perryman of the European Space Agency (ESA), he coauthored the Millennium Star Atlas, the most detailed all-sky atlas ever printed and the first to incorporate the new stellar positions, brightnesses, and proper motions from ESA's Hipparcos astrometry mission. His latest projects have included the Sky & Telescope Star Wheel and the new Pocket Sky Atlas.