Citizen scientists have discovered five exoplanets orbiting the star K2-138. The worlds orbit the red dwarf K star with periods of 2.35 days, 3.56 days, 5.40 days, 8.26 days, and 12.76 days, caught in resonant circuits that have a planet finishing about 3 orbits for every 2 orbits of the world just beyond it. Jessie Christiansen (Caltech) presented the result January 11th at the winter American Astronomical Society meeting. The exoplanets, found as part of the Exoplanet Explorers project hosted on Zooniverse, are all sub-Neptunes; only the innermost one is potentially rocky. There also might be a sixth planet farther out, at 42 days, which would maintain the resonant pattern if there are two planets between it and the inner five. Read more in Caltech’s press release.

Astronomers have detected more than 100 clouds of neutral hydrogen — together containing the equivalent of a million Suns’ worth of mass — flying away from our galaxy’s center. The clouds have an average velocity of 330 km/s (740,000 mph). They seem to be blowing out through the same region as the Fermi bubbles, two gargantuan, 25,000-light-year-tall lobes that stick out from the Milky Way’s center. Discovered by F. Jay Lockman (Green Bank Observatory) and his colleagues while following up on 2013 work, the clouds found so far reach at least 5,000 light-years above and below the disk. The team hopes that the objects will serve as markers to measure the speed of the galactic wind they ride and potentially help reveal what created the Fermi bubbles in the first place. Read more in Green Bank’s press release.

Comet 41P's Spin Is Slowing Down

During the most recent apparition of Comet 41P/ Tuttle-Giacobini-Kresák (which our readers photographed in abundance), ground-based telescopes gauged its spin before its closest approach to the Sun on April 9th to have a rotational period of about 20 hours. But when the newly renamed Neil Gehrels Swift telescope observed the comet on May 7–9, after its closest approach, the rotation period had lengthened to between 46 and 60 hours — more than twice as long! (The large range in measurements is due to the uncertainties caused by the comet fading as it retreats from Sun.) Dennis Bodewitz (University of Maryland) announced the results at the Washington D.C. meeting of the American Astronomical Society and in the January 11th Nature.

Swift observations also showed that more than half of the small comet’s surface was covered in sunlight-activated jets, compared to the roughly 3% coverage typical of most comets. The jets likely pushed the comet around, slowing its spin. If the slowing trend continues, the comet could have a rotation period of more than 100 hours by now, which is slow enough that it could start tumbling around on more than one axis. The comet is now behind the Sun from Earth's perspective, but when it emerges on the other side, Bodwitz’s team plans to update rotation measurements using the Hubble Space Telescope. 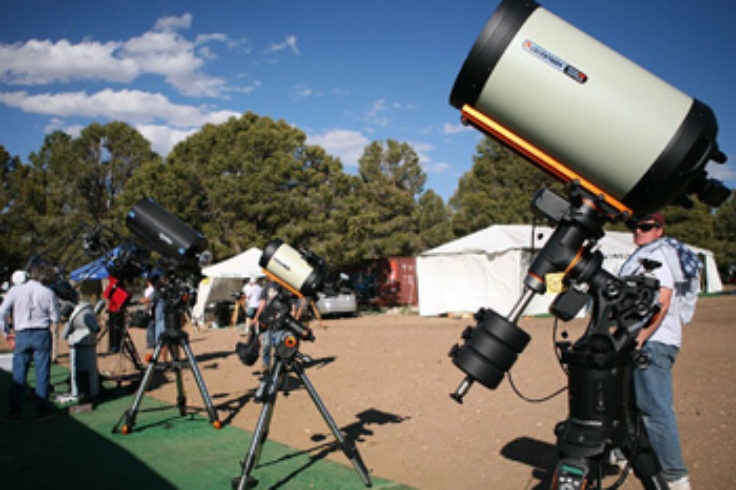 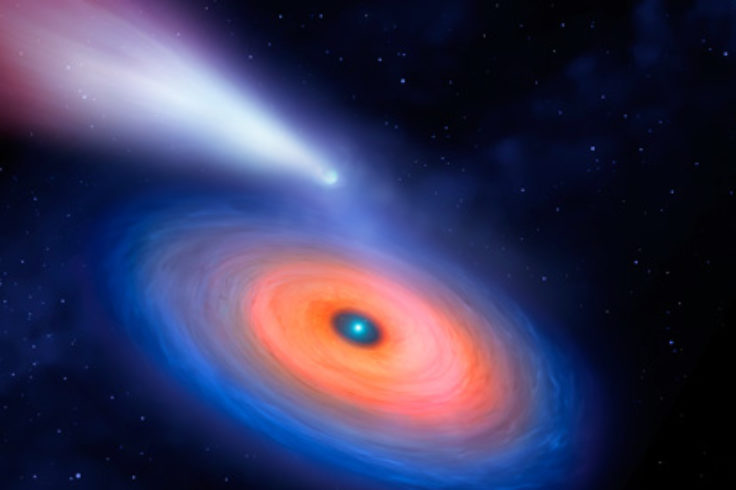 How a White Dwarf Is Vaporizing Its Giant Planet