Catch up on this week in astronomy news with a trio of stunning images: a pair of near-Earth asteroid twins, ground-based views that beat Hubble's, and the tumultuous galactic center.

After a decade of design and construction, the full array of 64 radio dishes that makes up the MeerKAT radio telescope was inaugurated on July 13th. The team celebrated by releasing a stunning image of the Milky Way’s central region. The center of the galaxy is roughly 26,000 light-years away, so this 2°-by-1° panorama encompasses an area of about 1,000 light-years by 500 light-years.

The galactic center lies in the constellation Sagittarius, enshrouded by dust too thick for visible-light telescopes to penetrate. The radio waves collected by MeerKAT, at frequencies between 900 MHz and 1670 MHz, reveal the clearest view yet of the rampant star birth and death taking place there: star-forming regions, supernova remnants, as well as mysterious magnetized filaments that are found nowhere else in the galaxy except near the galaxy’s central black hole.

“[The image] shows so many features never before seen, including compact sources associated with some of the filaments,” says Farhad Yusef-Zadeh (Northwestern University). “It could provide the key to cracking the code and solve this three-decade riddle.”

MeerKAT, located in South Africa, will be part of the upcoming Square Kilometer Array’s Mid-Frequency Aperture Array. Eventually the full SKA-MID array will observe from 350 MHz to 14 GHz. Australia will host SKA’s Low-Frequency Aperture Array, which will collect radio waves down to 50 MHz. Ultimately, the arrays will work together to form the world’s largest radio telescope.

Goldstone radar images from June 21 and 22 revealed two lobes with a distinct gap between them. Two days later, scientists from the other two observatories teamed up, transmitting a signal from Arecibo that bounced off the asteroid and back down to Green Bank. This bi-static radar configuration confirmed that the asteroid is not one but two distinct objects of roughly equal mass. They’re both 900 meters (3,000 feet) in size and orbit each other every 20 to 24 hours. Despite the brightness of the radar images, the objects themselves are dark as charcoal.

The twins join more than 50 other binary asteroids studied by radar since 2000, but they’re only the fourth pair to have roughly equal masses — in most asteroid pairs, one rock is much bigger than its companion. See NASA’s press release for more information.

The image of Neptune’s orb below didn’t come from the Hubble Space Telescope — it came from a ground-based telescope peering up through a turbulent atmosphere. With the installation of impressive new technology, it has now become possible to capture images from the ground at visible wavelengths that are sharper than those from Hubble.

Hubble was launched to low-Earth orbit to free it from our atmosphere, which blurs images taken from the ground. The Multi Unit Spectroscopic Explorer (MUSE) on the European Southern Observatory’s Very Large Telescope in Chile instead works with an adaptive optics unit called GALACSI to counteract this turbulence. As light enters the 8-meter Unit Telescope 4, GALACSI uses four laser guide stars to decide how to reshape the telescope’s secondary mirror in a way that corrects for atmospheric effects. The light that enters the MUSE instrument is therefore as precisely focused as it would be in space.

There are drawbacks, though, to creating such sharp images from the ground. The way that GALACSI creates the sharpest images — a technique called laser tomography — corrects for almost all atmospheric turbulence but only over very small sky areas, with a field of view of just 7.5 arcseconds. (The pixels in this narrow-field mode are correspondingly tiny, 0.025 by 0.025 arcseconds.) MUSE can also capture views of 1 arcminute across with eight-times-larger pixels, but in this wide-field mode, GALACSI can only correct for the atmosphere up to 1 kilometer above the ground.

I think there's an error in the first item:

I quoted the following text out of the first item, but putting it in carats apparently offended the website's sensibilities. Here is the quoted text:

Eventually the full SKA-MID array will observe from 350 MHz to 14 GHz. Australia will host SKA’s Low-Frequency Aperture Array, which will collect radio waves down to 50 GHz.

Right you are, that should say 50 MHz. I've made the change to the text.

Any chance those filaments observed by MeerKat are polar jets from small black holes orbiting the 4.6 million solar mass at our galactic center? 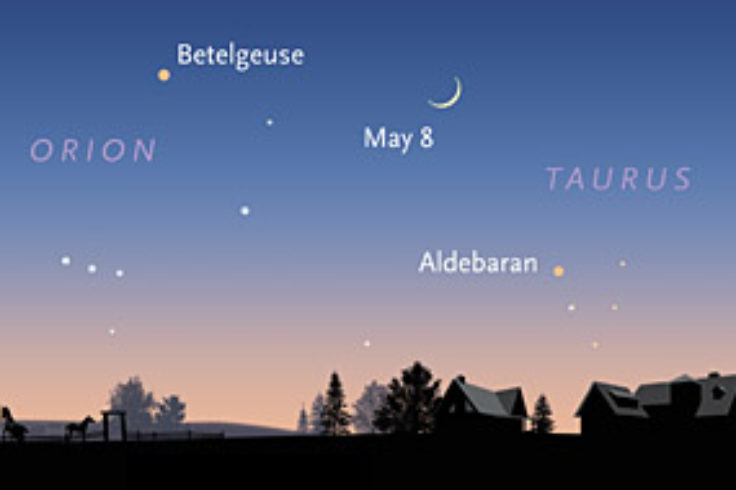