Astronomy news this past week includes findings on the water content of Trappist-1's seven Earth-size planets, a new measure of the solar system's planetary formation, and an explanation for luminous, short-lived supernovae.

Trappist-1 Planets May Be Water-rich, Hint at Migration

The seven Earth-size planets orbiting Trappist-1, a dim star not much larger than Jupiter, may contain far more water than previously thought, according to results appearing March 19th in Nature Astronomy.

Observations had already shown that the planets are not dense enough to be pure rock and thick atmospheres had also been ruled out. A lighter element, probably water in ice, liquid, or vapor form, must be involved in the lightweight planets’ makeup.

Cayman Unterborn (Arizona State University) and colleagues use a computer code to combine information about the entire Trappist-1 system, including the planets’ radii and the star’s chemical makeup. The code suggested that the inner two planets (b and c) have less than 15% water by mass, while the outer planets (f and g) are more than half water by mass. (Previous results based solely on the planets’ masses and radii had found considerably lower water masses.)

The results suggest that the outer planets formed outside of the “frost line,” where water in the protoplanetary disk existed in ice form and would have been more easily accumulated, then migrated to their current close-in orbits. Read more in the Arizona State University press release.

In the March 22nd Nature, Martin Schiller (University of Copenhagen, Denmark) and colleagues have pieced together a history of the solar system — using calcium.

The team focused on the abundances of two isotopes, calcium-48 and calcium-44, measuring the ratio on Earth, in meteorites known as angrites and ureilites, which come from two distinct parent bodies, and in meteorites from Mars, the Moon, and Vesta.

The researchers found that the ratio grew with the parent body mass. The trend suggests all planetary bodies in the solar system’s protoplanetary disk of dust, gas, and pebbles, grew at the same rate — smaller bodies just stopped growing earlier. The new view on planet formation has interesting implications. For example, a longstanding Moon formation scenario has a Mars-sized impactor colliding with a fully formed Earth; this new formation scenario instead implies two half-Earth-sized masses collided to make the Earth-Moon system.

Some details and discrepancies remain to be worked out, but “the authors’ work adds a missing piece to the jigsaw puzzle of planet formation,” commented Alessandro Morbidelli (Observatory of Côte d’Azur, France).

How Fast Can Stars Die?

Researchers report in the March 26th Nature Astronomy the discovery of a luminous supernova that vanished within a month, designated KSN 2015K. The discovery, using the Kepler space telescope, is the most extreme example so far of a class of exploding stars dubbed fast-evolving luminous transients (FELTs), which peak quickly and fade fast.

Armin Rest (Space Telescope Science Institute) and colleagues comb through possible explanations of KSN 2015K’s light curve, discarding most. For example, a typical explanation for a supernova’s light is the radioactive afterglow of unstable elements created in or shortly before the explosion. However, this radiation lasts too long to explain these observations.

Instead, the team thinks that a dense cocoon of material, ejected from the star shortly before the blast, initially hid the supernova’s radiation. Only when the outer layers of the star break through the cocoon could we witness the light. However, questions remain about what kind of progenitor star would have shed its outer layers shortly before its demise.

I proposed to my astronomy classes that future researchers may find a new group of "brown giants", evolved stars that are larger and cooler than red giants, where now practically all of their visible light is absorbed by carbon dust that can condense at the cooler temperatures in their other regions. Observing them will be a challenge even in the IR. Perhaps some of the long period red variables that are typically very faint, but occasionally rise suddenly in brightness are in the transition to this stage. For medium mass stars, the shedding of the outer layer may produce planetary nebulae? One object in particular that intrigues me is found at:https://archive.org/details/486099main_llpegspiral_hst_big
Your ideas of what is happening here?

Questions about the Trappist 1 article.

1. Why would ice be more easily accumulated than water?
2. From where would the ice come?
3. Given the small size of Trappist 1’s planets, how could the formed-at-a-distant planets have migrated inward?
4. An article (understandable by the man on the street) is needed about planet migration. Once a planet leaves its orbit to start migration, would it not simply bull its way inward into the host star?
5. What would make a planet begin to migrate?

Regarding #1 and #2, ice is more easily accumulated beyond the so-called "snow line" because beyond this radius, it doesn't exist in liquid form. The ice is present in the collection of gas and dust surrounding the newborn star (though how it gets there is the subject of ongoing research).

Regarding planetary migration, I agree that it's a difficult concept to conquer in a short article. I highly recommend Greg McLaughlin's feature in Sky & Telescope's May 2013 issue, which starts on p. 26. It's a pretty comprehensive overview of the complex topic of planetary migration, what causes a planet to begin migrating, what makes it stop, etc. 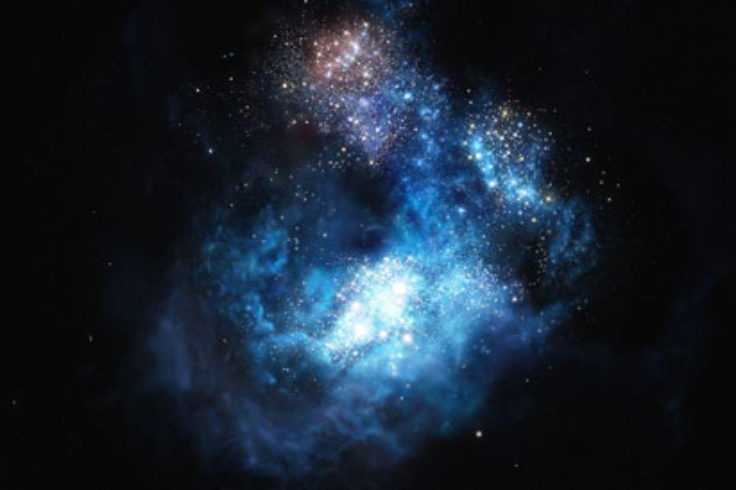 Miss a Sky Event? There's an App for That