New ALMA observations reveal a forming star as it launches a wind from the edge of the disk that feeds it.

A Sun-like star is forming about 500 light-years from Earth: BHB07-11 is the youngest of a newborn cluster of stars coming together deep within the Pipe Nebula in Ophiuchus. The protostars in this cluster have collapsed out of the larger gas cloud, but they haven't ignited fusion just yet — they're still growing, feeding from the dusty disks surrounding them.

Now, new observations from the Atacama Large Millimeter/submillimeter Array (ALMA) have revealed BHB07-11 and its disk in exquisite detail that's enabling astronomers to answer questions about how stars form. (The full text announcing the results is available on the arXiv.)

One aspect that has long been difficult to understand is how collapsing gas loses its initial (random) spin. The gas within stars' natal clouds wants to preserve its angular momentum. So for the gas to actually collapse into a star, it first has to lose its spin — generally, that means that material actually has to leave the protostar, in the form of jets and winds, for other material to collapse inward. It's easy to think of a growing star as a toddler at the dinner table, where as much food goes on the floor as in their stomachs.

The ALMA observations of BHB07-11 show exactly that process in action — although unlike a toddler, this star has magnetic fields to contend with as well. The observations were taken at four sets of wavelengths. The first, at a wavelength of 1.3 millimeters, captures what little heat is emitted from cool dust. The 1.3-millimeter image reveals the dusty disk that's feeding the star, which extends to 80 a.u., about twice as far from the star as Pluto is from the Sun.

The other three sets of wavebands capture emission from certain molecules (namely, two isotopes of carbon monoxide and one of formaldehyde), which trace gaseous activity in the disk. Those images show that at the very edge of the disk, between 90 and 130 a.u. from the star, magnetic and centrifugal forces are combining to launch a lopsided wind. The launch point is right where material from the larger gas cloud falls onto the disk.

"Bipolar outflows powered from disks are common features in young stars," says Felipe Alves (Max Planck Institute for Extraterrestrial Physics, Germany), "but our work shows that a significant fraction of this outflow is probably powered at the disk external edge."

These ALMA observations are the first to pinpoint the exact launch point, where the so-called magnetocentrifugal force powers this young star's outflow, to a location at the very edge of the star's disk.

The 1.3 mm wavelength image looks remarkably like a prenatal ultrasound image! Of a baby star!

Okay, back to physics -- where is the 80 AU radius of the disk? Would that be the outer edge of the green circle?

Hi Anthony - it would have been nice if they had plotted a scale bar on the image! You're correct - the disk is the dense part in the middle with the green outline. Beyond that, you're seeing the envelope of diffuse dust around the disk.

I love ALMA, and baby stars.

What the source of these, so powerful, magnetic fields? It seems they play a key role in stars formation. 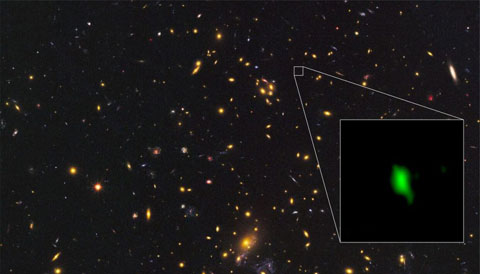 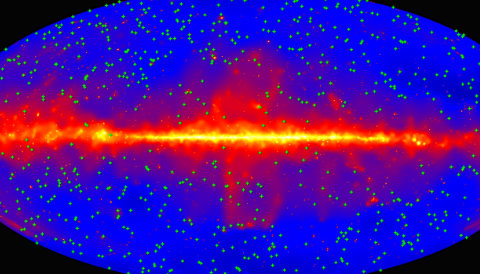 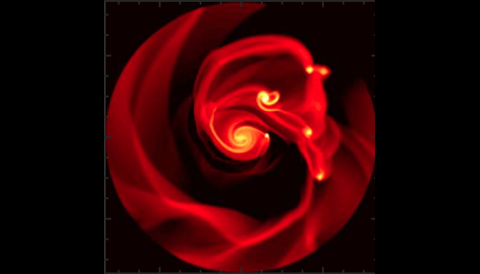 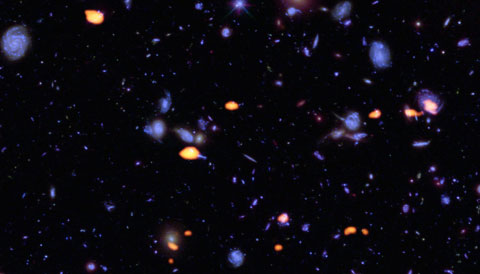 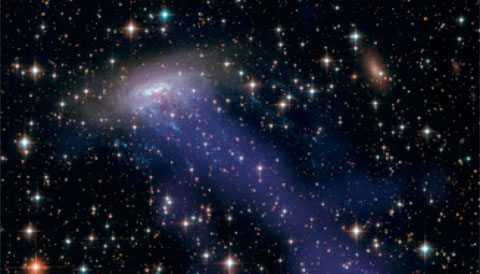