Astro Image in the News:
A Predawn Spectacle 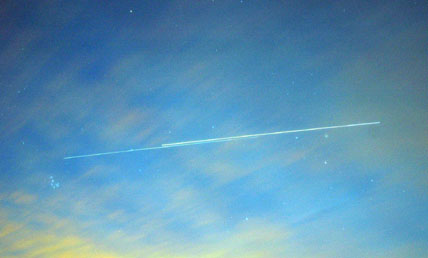 New Mexico stargazer Becky Ramotowski captured the International Space Station and somewhat fainter Discovery as they drifted past the Pleiades (at left) and Comet Holmes (at right) before dawn on November 6th. Click on the image for a larger view.

NASA's efforts to get the International Space Station completed took another step forward with today's safe return of the Space Shuttle Discovery after a challenging 15-day assembly mission. In the predawn hours of November 6th, after the shuttle crew had undocked from the ISS and prepared for landing, Becky Ramotowski captured the ISS (bright trail) and Discovery (faint trail) cruising in formation over her New Mexico home.

Her 40-second exposure, made with a tripod-mounted Nikon D70 digital camera set to ISO 200, captured the spacecraft as they drifted past the Pleiades (below trail at far left).and toward Comet Holmes (fuzzy patch just below trail at right).

"Since I'm not a morning person, my approach to photographs like this is to prepare everything the night before," Ramotowski explains. "Mount the camera on a tripod, adjust the settings, and make sure the battery is charged and the compact-flash card is in the camera! I usually plot the track with time ticks and then hope the sky is clear when show time arrives."

Ramotowski shares her passion for nighttime observing and her tips for getting the most out of it in Secrets of Stargazing, recently released by Sky Publishing.

Now two weeks past its dramatic appearance in the sky, Comet Holmes is still easy to spot with the unaided eye. And be sure to check out our growing collection of comet photos submitted by Sky & Telescope readers around the world. 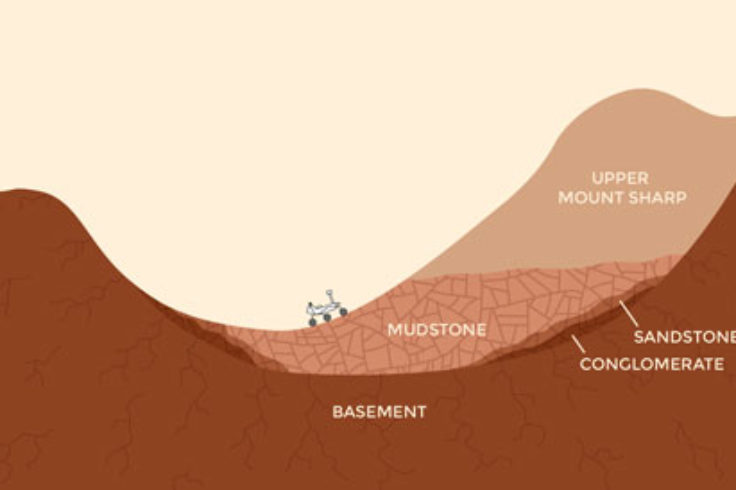