December 14, 2005 | The setbacks for Japan's Hayabusa mission continue to mount, as today officials of the Japan Aerospace Exploration Agency (JAXA) announced that there's been no contact with their asteroid-chasing craft since December 9th. Engineers speculate that a sudden leak of thruster propellant forced the spacecraft to start spinning and wobbling, which led to the break in communications. They now estimate that it may take months to regain full control, which eliminates any possibility of returning the craft to Earth as planned. According to the revised schedule, Hayabusa won't leave the vicinity of asteroid 25143 Itokawa until February 2007, meaning it can't get back to Earth until June 2010. Only then will mission scientists learn whether the craft collected any material from Itokawa's surface when it touched down on November 20th and 25th.

More information about Hayabusa's situation and attempts to restore control are available from the JAXA Web site.

December 13, 2005 | Today astronomers announced that they have determined the mass of Sirius B, the white dwarf that orbits the bright star Sirius. Despite being smaller than Earth, the little companion has 98 percent the mass of our own Sun. This binary system is only 8.6 light-years away, making Sirius B the closest known white-dwarf star. But because the companion star always appears extremely close to the dazzling Dog Star, studying it has "challenged astronomers for more than 140 years," says Martin Barstow (University of Leicester), who is the leader of the observing team. Martin's team observed Sirius B using the Hubble Space Telescope's imaging spectrograph, which measured how much the star's light had been redshifted due to its ultrastrong gravitational force. The Hubble observations, which appear in the October 2005 issue of Monthly Notices of the Royal Astronomical Society, also revealed that Sirius B’s surface temperature is 25,000° Kelvin (40,000&#176F).

Details and images can be found in a press release on the European home page for the Hubble Space Telescope.

December 12, 2005 | Defying the odds, NASA's intrepid rovers — Spirit and Opportunity have now been trundling across the surface of Mars for a full Martian year. The initial mission plan called for the twin Mars Exploration rovers to operate for only 90 days. Spirit, which touched down on January 4, 2004, celebrated its first-year Martian anniversary on November 21st. It's spent the past few months near and atop the Columbia Hills, a cluster of small peaks inside the huge, flat-floored Gusev crater. Meanwhile, half a planet away, Opportunity is currently parked at Erebus crater on the broad plain known as Sinus Meridiani. Although the craft recently experienced a stuck joint in its robotic arm, ongoing tests indicate that the problem can be overcome. 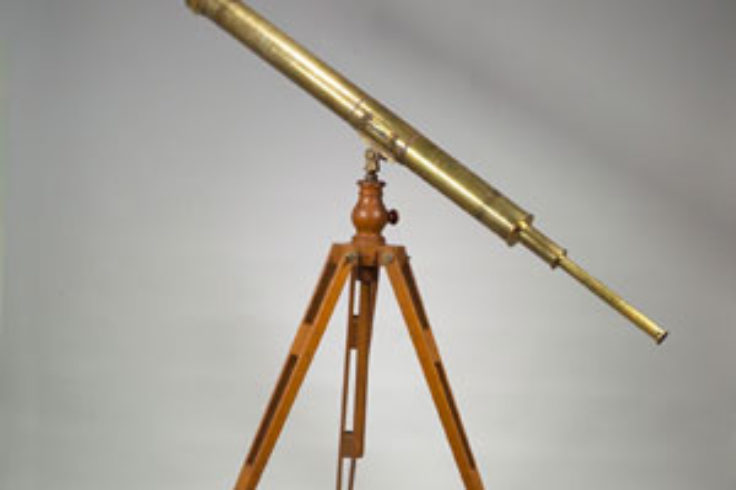