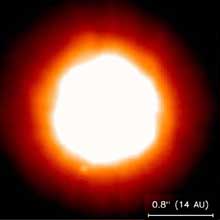 The very faint brown-dwarf companion orbiting HD 7672 is seen at about 7 o'clock in this false-color, 2.2-micron adaptive-optics image from the Gemini North telescope. The dwarf orbits closer to its partner star than any other brown dwarf that has yet been directly imaged.

Using the Gemini North and Keck telescopes atop Mauna Kea, Hawaii, astronomers have directly observed a brown dwarf that appears to be orbiting as little as 14 a.u. from its partner star. (If orbiting our Sun, the dwarf would reside between Saturn and Uranus.) The separation is the smallest for a brown dwarf that has ever
been directly imaged. (Extrasolar-planet hunters have found several brown
dwarfs orbiting even closer to Sun-like stars.)"

Michael Liu (University of Hawaii) and his colleagues explained Monday at the American Astronomical Society meeting that the cool companion — weighing in at between 55 and 78 times the mass of Jupiter — orbits the G-type star HR 7672 in the constellation Sagitta. Spectroscopy confirmed its brown-dwarf nature, yielding a temperature from 1,500° to 1,800° Kelvin.

The result implies that despite the apparent lack of brown dwarfs at distances less than 4 a.u. from Sun-like stars (known as the brown-dwarf desert), "brown dwarfs do exist at separations comparable to the outer planets," says Liu.

Theories abound as to the formation of brown-dwarf systems. Recently Bo Reipurth (University of Colorado) and Cathie Clarke (Cambridge University, England) proposed that brown dwarfs began their lives as protostellar "embryos" exactly like ordinary stars — but were gravitationally ejected before they grew. Liu's contends that his dwarf is far too massive to have formed within a circumstellar disk the way planets do. This result contradicts Reipurth and Clark's viewpoint. According to Liu, the brown dwarf's presence is at variance with scenarios where brown dwarfs form as ejected stellar embryos.

The discovery also highlights the power of the new adaptive-optics systems employed on both the Keck and Gemini North telescopes. These advanced instruments almost completely eliminate the blurring caused by atmospheric turbulence. In this case, adaptive optics allowed Liu and his team to distinguish a 14.4-magnitude brown dwarf from a 5.8-magnitude companion 0.79 arcsecond distant. "The result is tantalizing evidence of things to come," says exoplanet theorist Alan Boss (Carnegie Institution of Washington).

Saturn Moons Could Be Young 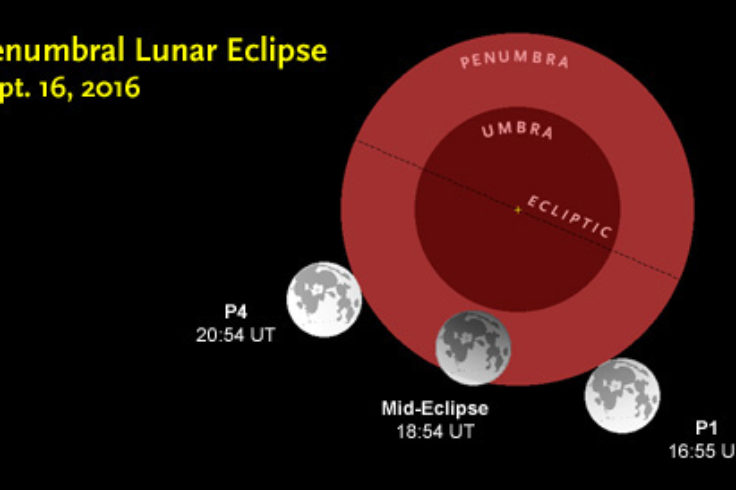 Schiaparelli: Requiem for a Mars Lander 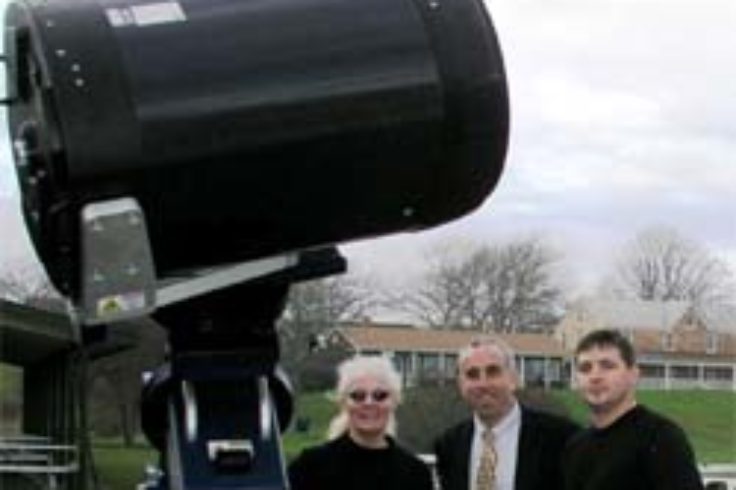