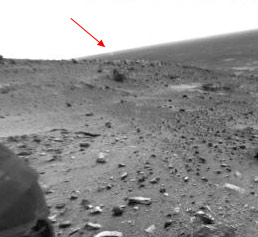 On March 10, 2005, Spirit's rear hazard-avoidance camera captured a Martian dust devil (arrowed) about 1.1 kilometers (0.7 mile) from the rover. Over the weekend, a dust devil apparently cleared off most of the dust on Spirit's solar panels, which has increased the rover's power output by about 50 percent. Click on the image to reveal a larger version.

The Mars Exploration Rovers Spirit and Opportunity were sent to the red planet to "follow the water," and their respective landing sites reflected their mission. Spirit touched down within Gusev Crater, which many scientists thought was once a water-filled lake. But when the rover starting rolling around the flat basin, it found nothing but volcanic basalt. The crater showed no layered deposits and the terrain revealed no evidence of ancient lakebed sediments.

In a presentation yesterday at the Lunar and Planetary Science Conference in Houston, Texas, Ronald Greeley (Arizona State University) confirmed that Gusev's classification as a paleolake might be misleading. Based on observations from the High Resolution Stereo Camera on the European Space Agency's Mars Express orbiter, Greeley and his colleagues counted craters to gauge the age of sediments within the crater. They found the floor to be around 3.65 billion years old.

Spirit has since climbed into the Columbia Hills, which rise several hundred meters above the crater floor. The rover's spectral analysis of rock and soil samples show that the crater was probably wet around 4 billion years ago. But there is no compelling evidence to assume water has been there more recently. The findings suggest that other flat-bottom craters that were thought to be paleolakes are also filled with basalt deposits.

Spirit is continuing its climb up Husband Hill, one of the highest peaks in the Columbia Hills. Over the weekend, a dust devil apparently swept over the rover and blew off most of the dust that was covering its solar panels. This lucky event has significantly increased Spirit's ability to generate electrical power to run its motors, cameras, instruments, and computers. Spirit is now producing as much electricity as it did last March. 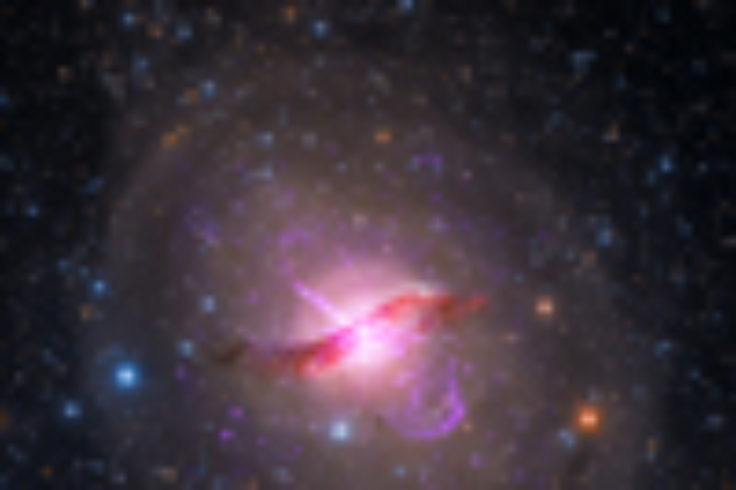 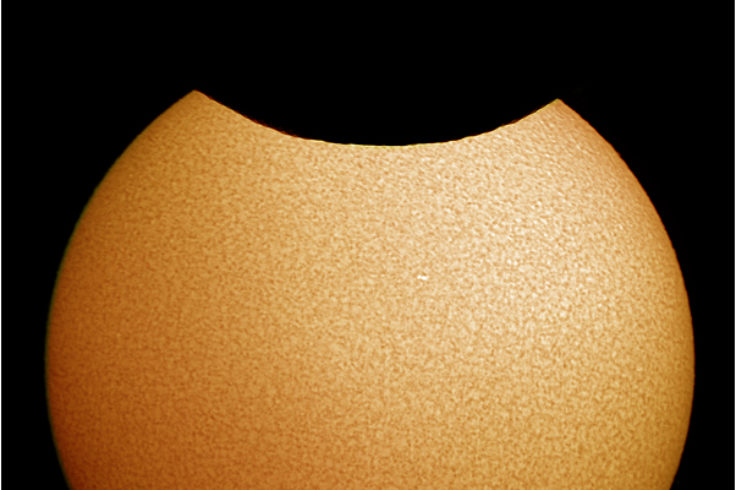 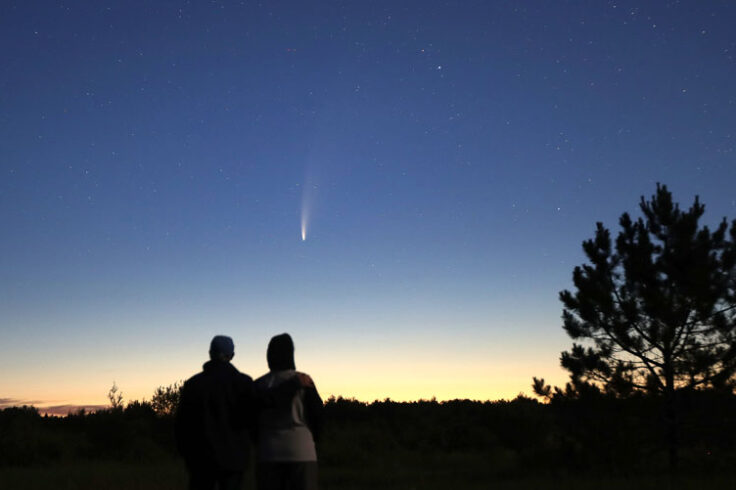