Ever been in a situation when you're certain about something but you can't quite prove it?

That's how scientists felt over the weekend, as they pored over images of whitish patches spied in the Martian real estate next to and under the Phoenix lander. It certainly looks like ice — to the eye, some patches of ground seem far brighter than their surroundings. But until the team gets back color pictures (due in last night), it's still just well-informed speculation. 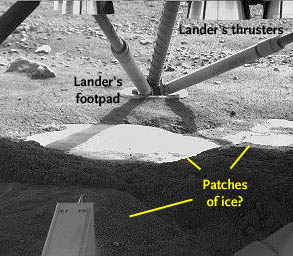 The Robotic Arm Camera on NASA's Phoenix spacecraft captured this image underneath the lander, showing smooth surfaces cleared from overlying soil by the rocket exhaust during touchdown. The two level, overexposed surfaces in the center, plus the shadowed one at lower left, are probably exposures of water ice. Click on the image for a larger view.

The "icy" patches can't be seen by the main cameras, which are perched atop a spindly mast about 7 feet off the ground. Instead, they came to light when spotted by a monochromatic camera mounted near the 8-foot-long robotic arm's scoop. When the team used this robotic-arm camera, or RAC, to peek underneath, they were stunned to see that the descent engines' exhaust had cleared away the topmost few inches of dirt to reveal three flat areas, each roughly a foot across.

Peter Smith, the mission's chief scientist, said someone exclaimed "Holy cow!" when this remarkable image first appeared on monitors at the science-operations center in Tucson, Arizona — and that's what they've been calling this area ever since. Uwe Keller, who heads the RAC team, notes that the extended flat areas suggest that the ice exists as an extended "table" just a few inches down.

Phoenix's scientists had suspected that the landing area would be especially ice rich. A global "prospecting map" compiled by the orbiting Mars Odyssey implied that this location, at 68.2°N, 125.7°W, would yield abundant ice within inches of the surface. (Smith had even dubbed this region the "Sweet Spot" when he proposed the Phoenix mission to NASA.)

Moreover, simulations conducted two months ago at NASA's Ames Research Center predicted that Phoenix's powerful pulsed engines would strip away the topsoil as it landed to reveal the barely hidden ice layer. "It's a gleeful day," smiled Smith during a telephone hookup with reporters over the weekend. "We'd worried that the ice might lie 40 or 50 cm [16 to 20 inches] down," which would be near the limit of the arm's reach. 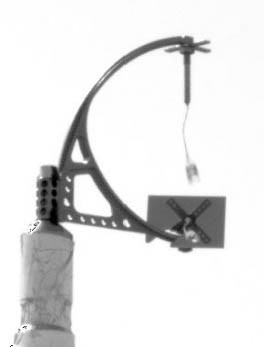 Interplanetary meteorologists can use Phoenix's wind monitor, or "telltale," to gauge the direction and speed of winds at the landing site. (Note the dangling indicator's reflection in the rectangular mirror. Researchers from Denmark's Aarhus University supplied the telltale as part of the lander's Canadian-built meteorology instrument.

The ice has to be frozen water, not frozen carbon dioxide (dry ice), because temperatures at the landing site range from -30° to -80°C (-22° to -112°F) — incredibly cold, yet too warm to sustain CO2 ice. (You can check out the lander's weather reports here.)

Unfortunately, even the agile, four-jointed arm won't be able to get much closer to the underbelly area. Instead, its camera has concentrated on an icy patch near the footpad dubbed "Snow Queen." Light-emitting diodes (LEDs) mounted next to the camera can bathe the ground near it in red, green, and blue light, which should allow the RAC team to reconstruct color images.

Meanwhile, on Sunday, Phoenix's seventh Martian day (or "sol") on the ground, the robotic arm successfully practiced scooping up some loose soil. That's paved the way for gathering the first shovelful for testing by the two miniaturized laboratories on board. The first of these to get a "taste" of Mars will be the Thermal and Evolved Gas Analyzer (TEGA), despite problems with a heating filament that's forced a switch to its backup.

Also awaiting a sample is the Microscopy, Electrochemistry, and Conductivity Analyzer (MECA), actually a cluster of four tools that will subject the ruddy soil to a series of tests.

The images from Phoenix have started arrived in big bunches — hundreds at a clip — and you can view them all at the mission's website.


That Person who keeps asking if it is in Seattle

So could there be life on Mars, then?

Earthlike, yet SOOOO different, whatelse will we find?
I can't wait.

Probably just salt deposits. No need to be so sensationalist 😉

This only shows you how much we really don't know about what we don't know! 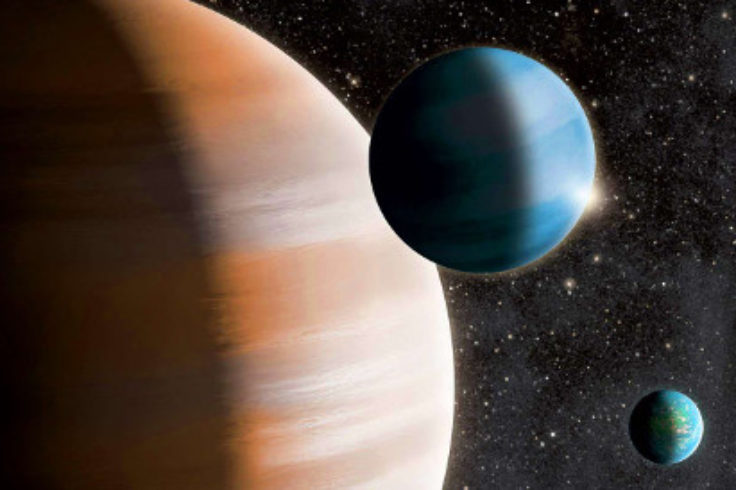 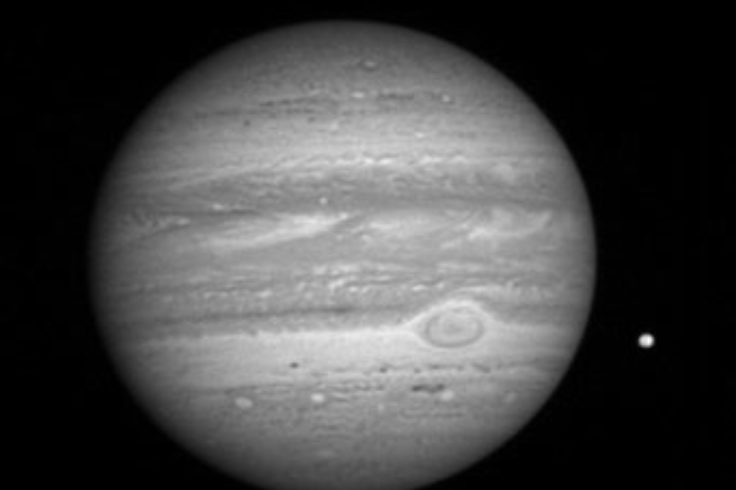 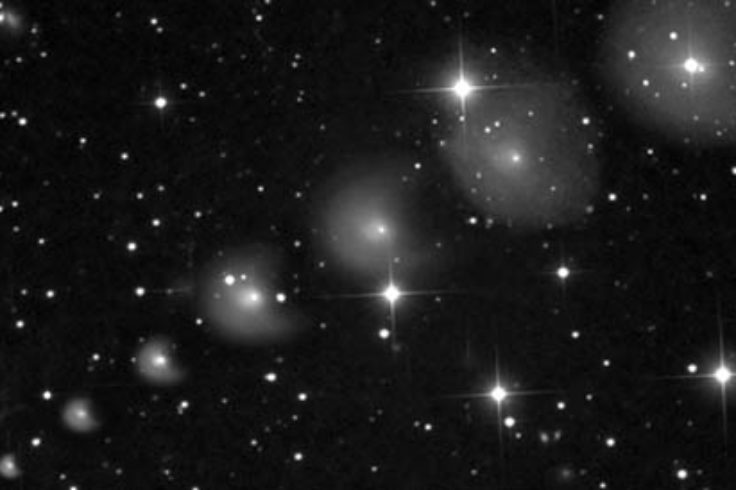