Is This an Alien Planet?

Discovering a planet around another star is no big deal these days — dozens of them have been reported in 2008 alone, and the total count now stands at more than 300.

Of course, the burgeoning exoplanet population hasn't stopped astronomers from looking for more of them. Big gaps remain in the sampling statistics, because the most successful techniques (radial-velocity monitoring, microlensing events, and periodic transits) favor finding large bodies close to their parent stars. Far-out planets are rarely discovered this way because they have long orbital periods and even longer odds of crossing directly in front of their stars.

But it should be possible to spot alien worlds directly by imaging very young nearby stars. This game plan assumes that any outlying gas-giant planets are still glowing warmly from having formed so recently, making them relatively easy pickings at infrared wavelengths. One of these came to light in 2004, though it orbits a feebly glowing brown dwarf rather than a proper star.

The young star 1RXS J160929.1-210524 and, at upper left, its putative planet. The separation is 2.2 arcseconds — about 330 astronomical units at the star's distance of about 500 light-years. This false-color composite utilizes images taken at three infrared wavelengths; north is up.

Now a trio of astronomers from the University of Toronto has found a "planetary-mass candidate" next to a young star that has roughly the Sun's mass. To see it, last April they utilized an adaptive-optics-aided infrared imager attached to the Gemini North telescope atop Mauna Kea in Hawaii.

The press release announcing the discovery touts the "First Picture of Likely Planet," but astronomers David Lafrenière, Ray Jayawardhana, and Marten van Kerkwijk are stopping short of calling it that.

For one thing, there's no information yet on the characteristics of its orbit — or, indeed, whether it's even bound to the star at all. They do know that it's not a star, because it's not very hot (about 1,800 kelvins, or 2,700°F) and its infrared spectrum reveals the presence of water and carbon monoxide. Most likely it's about 8 times the mass of Jupiter.

The parent star, which has the snappy designation 1RXS J160929.1-210524, lies about 500 light-years from Earth. So the putative planet's apparent separation of 2.2 arcseconds corresponds to about 330 astronomical units. That's already raised eyebrows among solar-system modelers, because it's highly unlikely that so massive a planet could have formed so far from its star.

The observing team has looked at more than 80 other stars in a 5-million-year-old grouping called the Upper Scorpius Association, and this is the only candidate planet they've turned up to date.

Jayawardhana admits that calling it a "planet" is a stretch; more likely, it's a "failed" binary star with a seriously stunted secondary. However, he notes that a massive planet might conceivably have formed closer in and then been tossed outward by a chance encounter with another large planet soon after the young star formed.

The true nature of 1RXS J160929.1-210524's companion probably won't become clear anytime soon. Its orbital period is likely thousands of years. At best, the team hopes to confirm that the star and its companion are moving together in space. "If we confirm that this object is indeed gravitationally tied to the star, it will be a major step forward," says Lafrenière. Those observations will have to wait until next spring, when the pair emerges from behind the Sun.

The observers have submitted their findings to Astrophysical Journal Letters for publication, but you can get a sneak peak in this online posting.

Thanks for the balanced report. I read this news on another science site and there was no caution, they were calling it a planet. Whatever it is it's great to be able to see it at all and with a ground tellescope.
Greg

Your article was very interesting to me but it didn't tell me anything that I haven't already figured out for myself.Yes there IS life out there but the human population just is blind to that fact.As a matter of fact the universe as WE think of it is NOT the only "ONE". There are an infinate number of "Universes"! Humans are simply "BLIND" I know, to that fact. Weather that "LIFE" is in the form as we think of it or completely different, IT DOES EXIST!WE as humans have not opened our mind's and thought really DEEPLY enough about it. Please THINK very deeply about what I am saying................Which you probably WON'T.
Thank You,
Bob

I don't think that there is life on that planet, there is a very low likelihood that it is like earth

Can you photograph this object with any big backyard scope? Or only possible in big obsevatory based scopes.

Finally! The Galaxy’s Most Mysterious Star Is Dimming 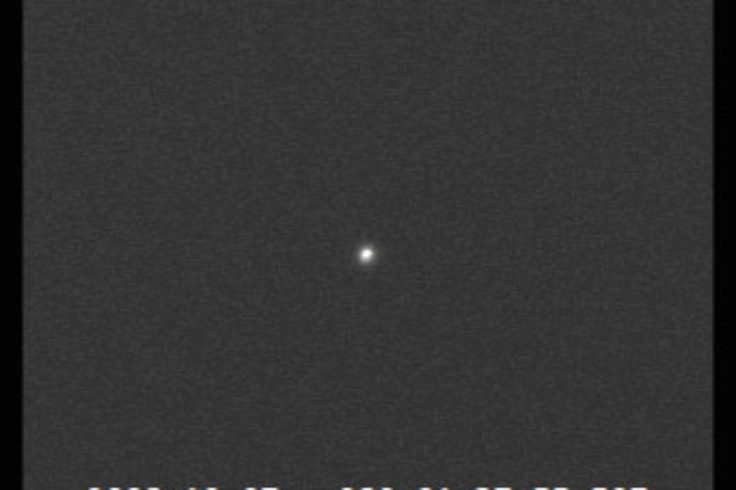