Planetary scientists are taking a close look at whether enigmatic gullies seen on many steep Martian slopes might not be caused by liquid water but instead by episodic coatings of frozen carbon dioxide.

Of all the ways that scientists study Mars, exploring its geology — past and present — has arguably revealed the most about what makes the Red Planet tick. It seems that every time geologists got a closer and/or more detailed look at the Martian surface, dramatic, paradigm-changing revelations ensued.

The first close-up images, returned 50 years ago by Mariner 4 and largely reinforced by those from Mariners 6 and 7, suggested a crater-dominated landscape virtually devoid of self-generated geologic processes (mountains, for example). Then Mariner 9 turned all that on its head with the realization that Mars has a fascinating geologic history, replete with towering volcanoes, ancient river valleys, enormous flood plains, and more.

Fast forward to 2000, when a sharp-eyed camera on NASA's Mars Global Surveyor discovered hundreds of gullies trailing down crater rims all over the planet. These seemed to be freshly made features, because they cut into older terrain and themselves didn't appear to be degraded by weathering processes or craters. The initial analysis by Michael Malin and Kenneth Edgett (both of Malin Space Science Systems, which built the camera) concluded that the gullies most likely were carved by water seeping onto the surface and flowing down slope.

Not everyone bought that argument, in part because modern-day Mars is far too cold and dry to permit near-surface reservoirs of liquid water, and ever since the "gully problem" has stymied planetary geologists. Most causes have involved creating liquid water somehow, some way, even though many gullies occur on slopes in frigid polar regions or on heavily shadowed slopes facing toward the poles. Some researchers resorted to wild swings in polar tilt that Mars undergoes over millions of years.

Dry Ice Instead of Water?

The debate reignited earlier this year when images from an even more powerful camera, HiRISE aboard Mars Reconnaissance Orbiter, showed that many gullies are evolving today. Images show that, over time, some are cutting more deeply into their surroundings and creating aprons of debris farther down slope. Here's a good example of a gully's evolution:

In some places HiRISE has recorded multiple episodes of change. Even though there's evidence for occasional trickles of salt-infused water on the surface, the changes captured by HiRISE are too extensive to be the work of running water.

So, in the December 21st issue of Nature Geoscience, researchers Cedric Pilorget and François Forget suggest a very different scenario that involves no water at all. They invoked frozen carbon dioixde ("dry ice"), which coats all of the polar terrain each Martian winter and even extends to poleward-facing slopes at lower latitudes.

After carefully modeling how frozen CO2 behaves once on the surface, Pilorget and Forget conclude that the frosting of dry ice becomes transparent enough to allow sunlight to pass through to ground level, which gets warmer. Ice in contact with the soil sublimates to gas but remains trapped under the overlying slab. building gas pressure eventually lifts the slab, causing it to crack and allow the trapped gas (along with entrained dust) to escape suddenly. These gas eruptions cause a cascade of material down slope, forming (or enlarging) a gully.

The beauty of this process is that it can happen every Martian winter."Most of the gullies observed on Mars can be readily explained by this dry ice process," notes Colin Dundas in an accompanying perspective.

Perhaps no one is happier with this new assessment than Australian researcher Nick Hoffman. In 2002, while at the University of Melbourne, he ventured that the recently discovered Martian gullies could be caused by the seasonal deposition and removal of CO2 frost. Hoffman didn't have all the details worked out, but he knew rivulets of water were a bad fit to the climatic realities of Mars. However, at the time his was a voice in the wilderness, as other planetary scientists seemed convinced that liquid water was involved. Hoffman eventually published his CO2-based scenario in Astrobiology.

But a mix of processes might be involved. "I do remain convinced that at least some gullies — like the ones I looked at — are due to melting of overlying deposits of snow deposited during cyclic climate changes," offers Phil Christensen (Arizona State University). He's convinced that there are likely several kinds of gullies on Mars, which formed in different ways. "I suspect it isn’t the case of three blind men describing an elephant," Christensen concludes, "but three blind men describing three different animals." 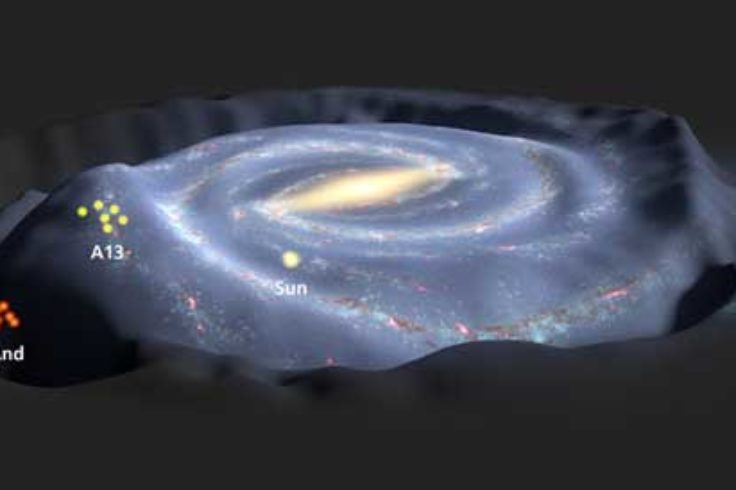