After four years at Mercury, NASA's Messenger orbiter has finished its remarkable mission and crashed into the planet.

We've known for months that NASA's Messenger spacecraft was operating on borrowed time. Its fuel tanks nearly empty after a decade of interplanetary maneuvering, the spacecraft could only fire its engine so many times before the pull of Mercury's gravity — coupled with the Sun's perturbing pull — forced it to crash into the planet. The end came yesterday at 19:26 Universal Time (3:26 p.m. Eastern Daylight Time).

Actually, missions engineers can only assume that the spacecraft crashed as predicted because the impact occurred on the planet's unseen side. Presumably it skimmed over the large crater Shakespeare before striking an unnamed ridge located at 54.5° north, 210.1° east.

A few minutes later, when the spacecraft would have emerged from behind the planet and been in view from Earth, no radio signal was received. The mood in the mission control center at Johns Hopkins University's Applied Physics Laboratory was "both celebratory and somber" as team members watched the final transmissions arrive after 4,105 orbits around Mercury.

Launched in August 2004, Messenger first became acquainted with Mercury during three close flybys in 2008–09. (The spacecraft's name, by the way, is a contraction for Mercury Surface, Space Environment, Geochemistry, and Ranging.) When Messenger finally settled around the planet for keeps, on March 18, 2011 (Universal Time), it assumed an elliptical orbit that ranged in altitude from 15,000 km (9,300 miles) to as close as 200 km (120 miles) every 12 hours.

The nominal mission was to be only a year, but with the spacecraft still healthy NASA managers opted to continue the mission and, in March 2014, to lower the periapse (close point) of each orbit to less than 50 km. These mission extensions, particularly moving the spacecraft closer in, paid big dividends in terms of surface photography and geochemical assays.

But it also meant more frequent thruster firings to keep the spacecraft from swooping too low and striking Mercury prematurely. Engineers milked every last drop propellant — and then even expelled the fuel tanks' helium pressurant — to maneuver the craft in the mission's final weeks.

During a news briefing on April 16th, project scientist Sean Solomon ran through his "top 10" list of scientific results. Rather than detail those here, I invite you to view that list (along with helpful animations) on the mission's website. There you'll also find the mission's top 10 technological innovations, as presented by Daniel O’Shaughnessy (the mission's systems engineer) and Helene Winters (project manager).

Why is Mercury So Dark?

One of the mission's most unexpected results is that the rocks and dust on Mercury's surface contain very little iron. It's baffling, actually, because this planet has a huge, iron-dominated core that takes up three-fourths of the planet's diameter and half its volume. So geochemists expected that the planet's surface would contain an abundance of iron-rich minerals.

This finding, curious in itself, has a bearing on another Mercurian mystery. The planet's surface is very dark, reflecting only about 7% of the sunlight striking it. That's even darker than the Moon. Researchers have long known that the lunar surface becomes less reflective over time because tiny meteorites pepper the lunar dust, momentarily flash-melting its iron-bearing silicate minerals and creating submicroscopic bits of metallic iron. These iron particles are what make the Moon appear dark. But given Mercury's iron-poor surface, some other process must be involved.

In the March 31st issue of Nature Geoscience, a trio of researchers led by Megan Bruck Syal (Lawrence Livermore National Laboratory) offer a reasonable alternative. "One thing that hadn’t been considered was that Mercury gets dumped on by a lot of material derived from comets, Syal notes in a press release from Brown University.

She and her colleagues first estimated that the infall of comets and cometary dust over the past 200 million years could have infused the top layer of Mercurian dirt with 3% to 6% carbon. Then they conducted impact simulations at the NASA Ames Vertical Gun Range to confirm that the comet-borne carbon would actually stick around, in the form of tiny particle clusters called agglutinates.

Moreover, the resulting surface would have a very bland spectrum, exactly what Messenger found. "We show that carbon acts like a stealth darkening agent," explains team member Peter Schultz (Brown University). "From the standpoint of spectral analysis, it’s like an invisible paint" that has been building up on Mercury's surface for billions of years.

As the Messenger mission wound down, its team joined with the Carnegie Institution for Science and the International Astronomical Union to hold a crater-naming contest. The submission rules were strict — for example, the nominees must have been recognized as an A-lister for at least 50 years and must have died in 2011 or earlier. Special emphasis was accorded nations and cultural groups who've been under-represented on other planetary bodies.

The contest drew more than 3,600 entries. The five winners, announced on April 29th, are:

Messenger's mission is over, but the next step in our exploration of the innermost planet is taking shape at the European Space Research and Technology Centre in Noordwijk, the Netherlands. That's where European Space Agency engineers are assembling a spacecraft called BepiColombo. You've likely never heard of this mission, but it's a big deal for the European Space Agency. Plans call for a launch in 2017 and arrival at Mercury in 2024.

BepiColombo will actually consist of two orbiters: one to study Mercury itself and the other to probe the planet's unusual magnetosphere. (Messenger discovered that Mercury's magnetic field, while only about 1% the strength of Earth's, is offset from the core by about 500 km, or 20% of the planet's radius, in direction of its north pole.)

ESA is building one half, the Mercury Planetary Orbiter, and Japan is supplying the Mercury Magnetospheric Orbiter. The latter arrived at ESTEC just this week, where it was unboxed and checked out. In time they'll both be mated to a service vehicle called the Mercury Transfer Module, now finished, that will handle the navigation and propulsion duties en route to Mercury.

In case you're wondering, BepiColombo honors Italian researcher Giuseppe "Bepi" Colombo (1920–84). He first deduced that Mercury has a spin-orbit resonance, showing that the planet rotates three times for every two orbits it completes around the Sun. Colombo also realized that NASA's Mariner 10 spacecraft could be placed in a heliocentric orbit that synched with Mercury's — a discovery that allowed Mariner 10 to make three flybys of the innermost planet in 1974–75.

Thanks to Messenger's extensive reconnaissance, you can now explore this mysterious planet yourself with Sky & Telescope's exclusive Mercury globe.

Unfortunately, Messenger "Trashes" as well.
So far earthlings' explorations have taken us to our only moon and several of our solar system's pristine planets, which we have promptly trashed with remnant equipment.
At National Parks if you take it in you take it out.
How long will it take to clean up Mt. Everest?
When will we design our space explorers to leave with what we brought?
Now?
Greg

Simple physics dictates that it is impractical or even impossible for lunar and planetary spacecraft to leave no hardware behind and return everything to Earth after their mission is completed using any sort of propulsion technology that is available to us today or likely to be available in our lifetimes. And the amount of debris left on Mercury by the crash of MESSENGER in minute compared to the virtually indistinguishable debris Mother Nature has dumped on Mercury just since since this spacecraft arrived at Mercury (and the very definition of "infinitesimal" compared to what has struck Mercury in the past four billion years). Following your prescription means that we never launch missions to the Moon and planets and beyond. And without the knowledge we have gleaned from our continued exploration of the Moon and planets, our understanding of the Earth and its processes (not to mention our ability to intelligently address the global issues we have today) would be severely curtailed. No thanks!

In Why is Mercury so Dark? you comment that its iron dominated core takes up "three fourths of the planets diameter and half its volume ". I don't think the arithmetic is quite right. Assuming Mercury is a sphere then 75% diameter equates to 42% volume . Perhaps the text should have read "about three fourths" and "about half volume"
I know this really does not impact on the overall content of a very interesting article .

RIP little fella.
Thanks for the pics, thanks for the data, and thanks for some special memories. You have served science well, and will continue to be appreciated. Sorry that we couldn't bring you safely back. And people complain out there, that I never get andro-momorphically attached to space probes/vehicles... I'm still missing MIR. 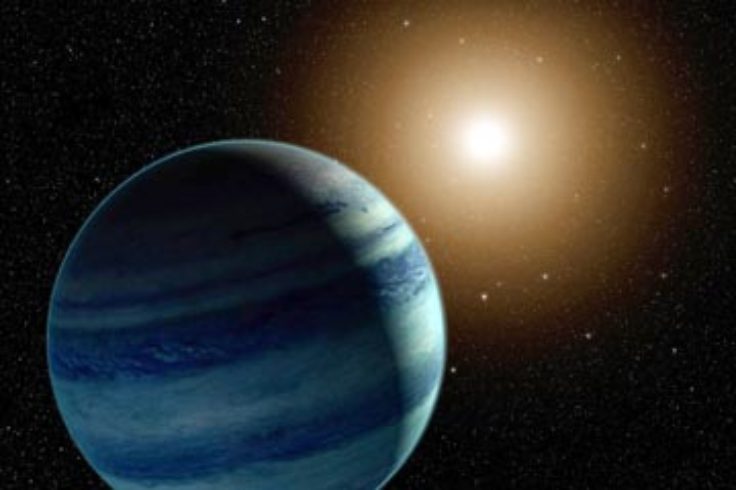