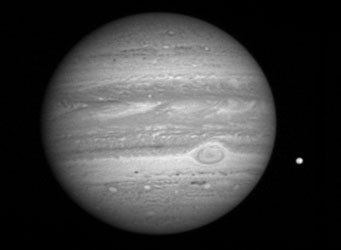 New Horizons was still seven weeks from its flyby of Jupiter when it recorded this image of the planet and its moon Io on January 8th. Even from 50 million miles away, the craft's Long-Range Reconnaissance Imager (LORRI) easily captured the planet's Great Red Spot and a host of other features.

Although it's only been in interplanetary space for a year, NASA's New Horizons spacecraft is already well on its way to reaching Pluto in July 2015. The probe is heading outward at 43,000 miles per hour, and it'll get an additional 9,000-mph boost when it encounters Jupiter on February 28th.

That flyby will occur 1.4 million miles from the giant planet, far enough away to avoid a strong dose of the lethal charged particles trapped in its magnetosphere but close enough to study the planet and its moons in detail. New Horizons carries seven science instruments, including three imagers, and they'll make observations of the Jovian system through June.

According to Alan Stern, the mission's leader, "We designed the Jupiter encounter to prove out our planning tools, our simulation capabilities, our spacecraft, and our instrument sensors on a real planetary target."

Launched on January 19, 2006, New Horizons will reach Jupiter in just 13 months. That's a faster trip than that made by any of the seven previous spacecraft to visit the giant planet: Pioneers 10 and 11, Voyagers 1 and 2, Ulysses, Galileo, and Cassini. With the exception of Galileo, which orbited Jupiter from 1995 to 2003, all used the planet's gravity to reach other destinations. 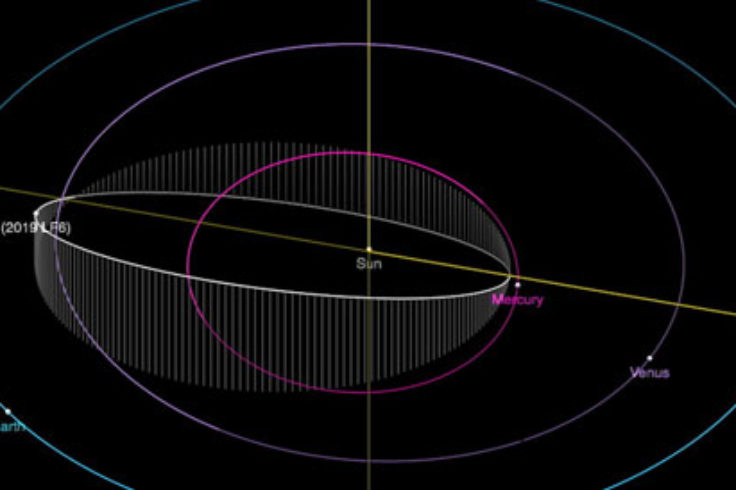