Saturn Moons Could Be Young

Planetary scientists increasingly think that some of the ringed giant’s moons are only 100 million years old.

Saturn is the belle of our planetary ball. It waltzes through space in an elegant hoopskirt that glistens with ice crystals, surrounded by an entourage of 62 moons. Its lone gallant is Titan, whose thick hydrocarbon shroud makes it the only satellite in the solar system with a sizable atmosphere.

Alongside hazy Titan is an assortment of icy, mid-size moons, their diameters ranging from Mimas’s 400 km (250 miles) to Rhea’s 1,525 km (948 miles). Together, they have a mere 1⁄20 as much mass as Titan does. Interspersed with these are a vast collection of moonlets, with sizes of a few tens to a couple hundred kilometers. Some of these are likely born from pileups of ring material.

In terms of numbers, Saturn’s retinue matches that of the king of the planets, Jupiter, whose current satellite tally is 67. Jupiter boasts a more glamorous court, with its four Galilean moons (some of the largest moons in the solar system), two of which are comparable in size to Mercury. But Titan’s elongated orbit and loner status set it apart from this stately satellite quartet — and Jupiter doesn’t have any mid-size moons.

Planetary scientists have long wondered why Jupiter has come out so much the winner when it comes to big moons. In 2013, for example, Erik Asphaug (Arizona State University) and Andreas Reufer (then at University of Bern, Switzerland) suggested that Saturn started with a Galilean system of its own, but the moons crashed into and obliterated one another. The rubble then coalesced into Titan and the mid-size moons.

A new paper explores this collision idea further. Matija Ćuk (SETI Institute) and his colleagues turned back time by simulating the icy moons’ orbital evolution and figuring out when and how they could have interacted, given their current locations. Some moons move in what are called mean-motion resonances, which means the time it takes Moon A to complete an orbit around Saturn is a simple fraction (say, one half) of the time it takes Moon B to do so. Resonant moons strongly affect each other’s orbits, easily tilting them out of the original plane in which they lay.

Saturn also has an off-putting effect on its satellites, pushing them farther away with time. This tidal push is strong because the planet isn’t solid. It affects each of the various moons in different ways, changing each of their orbits with time and making and breaking resonances.

Ćuk and colleagues found that, given their current (and backtracked) orbits, the moons can’t have migrated much from where they first formed. But that doesn’t make sense if they’ve been orbiting the planet from the solar system’s early days: Saturn’s tides are just too tenacious — the moon Enceladus and its tidal-triggered geysers confirm that.

Instead, the team argues, the mid-size moons can only be about 100 million years old — or, as the SETI Institute’s press release puts it, “younger than the dinosaurs.” (Dinosaurs first appeared in the Triassic period, 230 million years ago.) The moons formed from a ring of debris, born from the collisions of large precursor moons, the team suggests in the April 1st Astrophysical Journal.

That’s consistent with his Galilean squabble theory, Asphaug says. Unlike Asphaug and Reufer, Ćuk’s team doesn’t argue in favor of Titan being a merger-born moon, but that suggestion “definitely ranks as hypothetical,” Asphaug readily admits.

Ćuk’s team offers a test: craters. If the mid-size moons are indeed young, they won’t have had time to build up a perfectly uniform peppering of pockmarks from space. Instead, craters on moons within Titan’s orbit (all the mid-size moons but Iapetus) would concentrate around those satellites’ equators, because the moons would have been exposed to a lot of debris in the plane of their birth ring but not nearly as much from other angles. Many of the moons are heavily scarred, so it’ll take dedicated work to tease out whether the moons have these girdles.

"Its lone gallant is Titan, whose thick hydrocarbon shroud makes it the only satellite in the solar system with a sizable atmosphere."

So everyone knows what "gallant" means in this context?

I haven't found any place via Google that does.

In keeping with the conceit that Saturn is "the belle of our planetary ball", Ms. Carlisle is using "gallant" as a noun, "a fashionable young man, who is polite and attentive to women".

Personally I have a hard time imagining grim Chronos, the Greek Titan who served as the model for the Roman God Saturn, in drag in a sparkly hoop skirt.

According to Webster, gallant is an adjective that means gay and showy in appearance. E.g. Enceladus is showy, but not gay.

Are there any speculations as to why Saturn's large moons would have been all smashed up by tidal interactions, while Jupiter's Galilean moons were not? Jupiter is also a gas giant, and bigger than Saturn, so wouldn't this effect have been even stronger in the Jupiter system?

Obviously the above commenters don't appreciate 'poetic license'. Strict definitions aside, I understand Camille perfectly and appreciate her writings. 'Gallant' brings up the image of a Knight in shining armor to me. And Titan definitely shines gallantly against the glow of Saturn when compared to the other moons. The term 'gay' has morphed into something other than it's original intent.. to me it means exuberant or happy and that seems to fit.. Got a problem with that?

Camille has made a gallant attempt at making us gay with our Saturnine observations.

I must say I find the excessive use of poetic hyperbole tiring. I understand your need to keep newcomers and beginners engaged with catch phrases and to appear "cool", But for an old timer I just want to get to the core of the topic so I often find my self skipping the first paragraph or two in these news items.

This hyperbole has also become prevalent in Sky & Tel magazine over the years which tires me out too. In an issue on the imminent collision of the Milky Way and M31 (Battle of the Titans: The Milky Way vs. Andromeda, Oct 2014)) the author posed the scenario throughout the article as boxers on opposite sides of the ring heading for a punch out. It was almost enough to make cancel my subscription!

I enjoy reading past issues of S&T Decadal collection where I find the writing style and language of the previous years more satisfying to read with a higher editorial standard but with an occasional excursion to poetic license that was carefully (and delightfully) inserted. I felt like I was reading authoritative material.

Such is the attention span of modern readers. It has degraded to the point that writers must dilute content and lace it with trendy expressions. S&T has now thinned the body of the content in articles and urges readers to follow links for "more information". That's ok but still leaves me a little bereft.

The old S&Ts regularly went into enough depth in articles and even included scientific formulae! I may have not understood all of it but I would re-read them later when my knowledge grew gaining more understanding and even punched out some of the formulae on a calculator to see astrophysical principles at work! 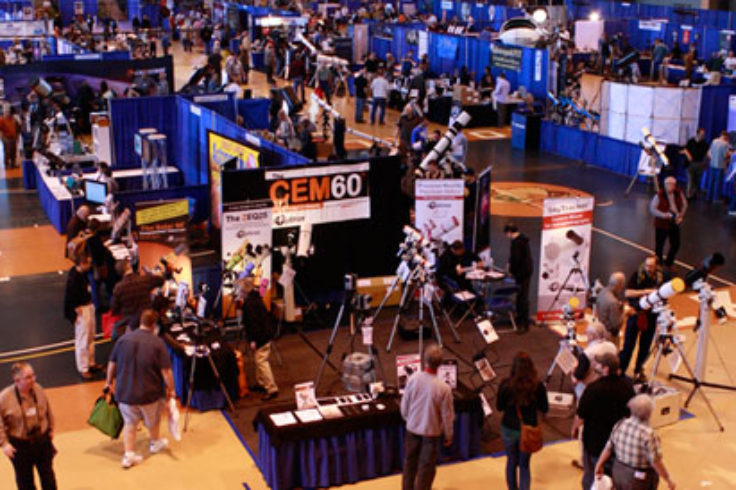