Astronomers have expanded their ability to date stars using the stars’ own spins.

Until a few years ago, astronomers only knew the precise age of one non-cluster star that was older than a few billion years: the Sun. We date the Sun indirectly, using radioactive dating to estimate the ages of meteorites and other rocky material in the solar system. Because everything in the solar system formed around the same time, the rocks’ ages are about the same as the Sun’s.

This method doesn’t work for stars far away: astronomers had to get more inventive. They turned to star clusters. Clusters are valuable astronomical chronometers, because all stars in a particular cluster are born around the same time. Each star then evolves on a time scale determined by its mass. By comparing stars in clusters of different ages to one another, astronomers deduced which stellar properties change with age. They found that the rough difference between young and old stars of the same mass was easy to spot. Young stars in general rotate rapidly, have more spots, flare more often, and sometimes have a disk (in which planets might be forming). Old stars rotate slowly, with a much smaller fraction of spots covering their ancient “surfaces.” But refining this general relation has taken decades of work, and we hadn’t successfully applied it to cool, low-mass stars (like the Sun) older than about 1 billion years.

Now, with a new study fueled by data from NASA’s Kepler spacecraft, astronomers may have just developed a clock that is applicable to the most common type of star.

A team of astronomers led by Søren Meibom (Harvard-Smithsonian Center for Astrophysics) announced on January 5th at the winter American Astronomical Society meeting and in Nature that it has now expanded the method, called gyrochronology (or “spin-dating”), to a cluster of stars 2.5 billion years old, NGC 6819. Astronomers have had difficulty measuring the spins of older stars because they need large starspots on the stars to do it. In the youngest clusters (which are the most common), stars have stronger magnetic fields, creating large spots and frequent flaring. These magnetic fields are actually what slow the star down with time: the magnetic fields interact with the stellar winds, robbing the star of angular momentum and slowing the star down. So in older clusters, stars spin more slowly, with small spots. This makes observing rotation in the oldest stars quite challenging: astronomers need to observe the stars for a long time (the Sun, at 4½ billion years old, takes about a month to rotate once) and they also need to be precise in those observations, since smaller spots create a less noticeable dimming in the star's light as the spots transit the surface, making them more difficult to, well, spot.

Fortunately, NGC 6819 was a target of one of the most sensitive space telescopes ever produced, the Kepler spacecraft. Meibom and his team identified 30 low-mass stars in this cluster, with masses of about 1½ Suns or less, and measured their periods. While other, more massive stars are readily seen in nearby clusters, longer-living low-mass stars are challenging as they only emit a tenth (or less) of the total light of the Sun. Meibom and his team relied on the exquisite sensitivity of Kepler to detect starspots and thereby measure precise rotational periods for these low-mass stars, placing an important signpost in their behavior with time.

The team found that, at an age of 2.5 billion years, the low-mass stars seen followed a simple sequence, with more massive stars spinning faster. This suggests that at ages of greater than 2 billion years, a measurement of the rotation period of a low-mass star leads directly to its age, with a precision of about 10%.

More specifically, it supports how we think such stars spin down over time. Solar-mass stars in NGC 6819 had periods of about 18 days. When combined with the 10.8-day average spin for solar-mass stars that Meibom and others found in the 1-billion-year-old cluster NGC 6811 back in 2011, the result supports the idea that the rotational period of solar-type stars increases in proportion to the square of its age, a relation put forward by Andrew Skumanich in 1972.

Although the team’s data only extended down to about 0.85 solar mass, the NGC 6819 result may have an extremely wide range of applicability and be critically important for determining the ages of the large number of exoplanets around low-mass stars. In addition, the Large Synoptic Survey Telescope is set to begin operations around 2020 and will survey the entire night sky every three nights for 10 years. Using gyrochronology to study the stars in this data set, astronomers could unlock the ages of billions of low-mass stars in our Milky Way Galaxy, building a clear picture of how the galaxy evolved.

You can watch a video about the result by the Harvard-Smithsonian Center for Astrophysics.

As a rank amateur, I get to wildly speculate, so here goes:
I imagine a catalog classifying stars by spin rate, mass, temperature, etc. is being compiled in order to estimate their ages. There will probably be some anomalies. I believe Jupiter has a majority of the angular momentum in our solar system? If Jupiter "fell" into the Sun, the Sun might fly apart or become an "Achernar"? (btw, I'm obsessed with Achernar and angular momentum). Could it be that angular momentum would be conserved at some distance from the center of mass of a star or even binary star system? I would be interested to see if some stars are spinning more rapidly than we would otherwise expect. Could this be a sign of orbital decay by bodies (such as planets) containing a lot of angular momentum compared to the parent star(s)? It might make a star look younger (going by spin rate) than it is.
While I'm at it, could orbital decay be a very rare, but possible, trigger for a supernovae in a binary system? It could kickstart the larger star into expanding much sooner than it would otherwise and then the normal events preceding a supernovae would unfold. 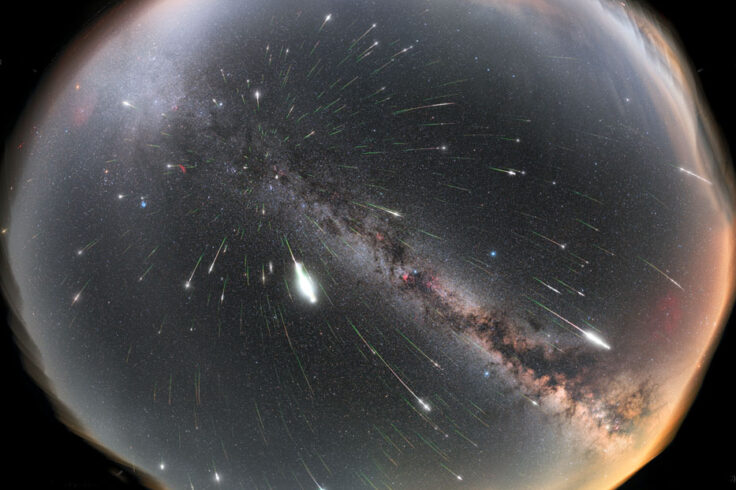 Is ‘Oumuamua an Interstellar Pancake?