Images from NASA's Lunar Reconnaissance Orbiter show dozens of small, curious features that might be volcanic eruptions in the past 50 to 100 million years.

Countless astronomers, both amateur and professional, have spent untold hours scrutinizing the Moon through telescopes for hints of volcanic activity. Numerous claims of "transient lunar phenomena" (TLP) have been made over the past two centuries, many involving the curious complex of features in and near the crater Aristarchus. But while amateur cameras occasionally record small asteroidal strikes, a volcanic event has never been conclusively witnessed.

And yet, according to an article published in October 12th's Nature Geoscience, scores of small volcanoes on the Moon have likely erupted within the past 100 million years and could be younger than 50 million years.

The suspect locations are what geologists term irregular mare patches, or IMPs. While Sarah Braden (Arizona State University) and her colleagues can't say for sure that the IMPs truly are recent eruptions — none have shown any changes over time, for example — the evidence of such is strong.

These distinctive rock deposits, up to 3 miles (5 km) long, can be either rough, blocky outcrops or smooth patches with uniform texture. Both types exhibit very few impact craters, even down the 1½-foot (0.5-m) resolution of NASA's Lunar Reconnaissance Orbiter Camera, and their spectral characteristics suggest relatively fresh surfaces that have not been darkened by aeons of  exposure to space radiation.

The best known IMP, named Ina (or Ina D), was spotted in images taken by the crew of Apollo 15 in 1971. Even back then, lunar geologists had a hunch that Ina was a collapsed vent topping a low, broad shield volcano. But Ina's age has long been uncertain.

Now, thanks to LRO's keen resolution, that site and many others appear to be quite fresh. Curiously, all the IMPs are on the Moon's nearside hemisphere, though statistically a few should have been spotted on the farside.

So, rather than a complete shutdown of lunar volcanism at least a billion years ago, as had been widely assumed, the process was apparently much more drawn out. Pockets of molten rock must have remained in the lunar mantle until very recently — and might still be there now. These findings have implications for how warm the lunar interior still is (and the true extent of its partially molten core).

For some expanded thinking on what this all means for the Moon's current state and long-term evolution, see this excellent post by Mark Robinson, who heads the LRO Camera team. 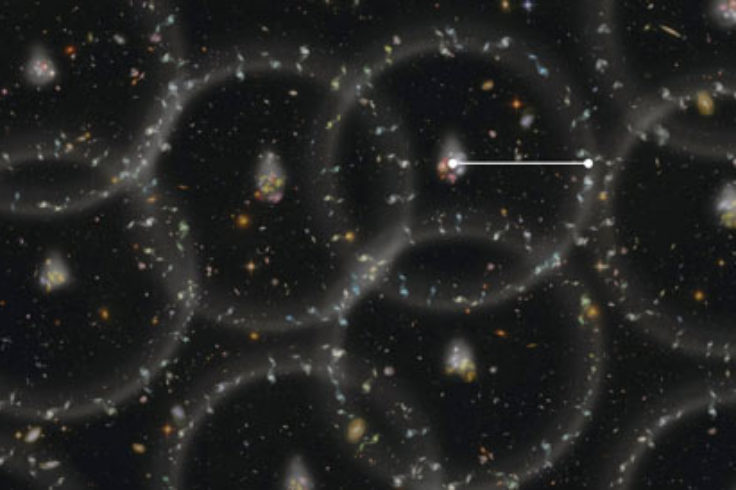